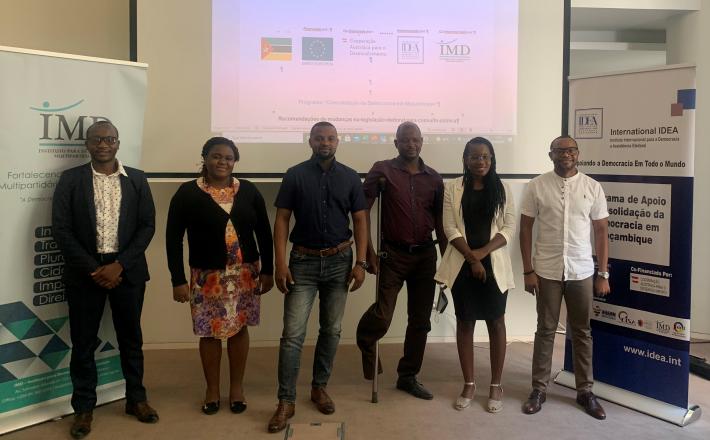 After a quarter of a century of democratic experience that followed another 25 years of a revolutionary process that put women’s emancipation at the centre of the revolutionary discourse, women in Mozambique still face social, economic and political exclusions that impact their participation and representation in politics in general and in electoral processes in particular, while constituting 51 per cent of the population and 53 of the electorate.

Despite the existence of a normative and legal framework that recognises and promotes the participation and political representation of women in decision-making positions and spaces, including a number of international commitments in this regard, their inclusion in political life in general, is often cosmetic. For example, currently, Mozambique has only three women in the electoral management body out of 17 members, representing one of the lowest levels of women representation in EMBs in Southern Africa. In municipal governance, in the 2018 elections, only six women were elected as Mayors and 8 as Presidents of the Municipal Assemblies, among 53 municipalities. In the 2019 legislative elections, 38.8 per cent of elected members of parliament were women (two percentage points less than in the 2014 legislative elections) – a good number by African and international standards, but still far from the 50 per cent by 2015 commitment in the 2008 SADC Protocol on Gender and Development. Only one of the more than 50 political parties registered in Mozambique is led by a woman and leadership bodies in all political parties are dominated by men. These facts illustrate that the political inclusion of women is a pressing challenge in Mozambican politics that requires the enforcement of international protocols adopted by the country.

Click here to read the full article published by International IDEA on 4 March 2022.