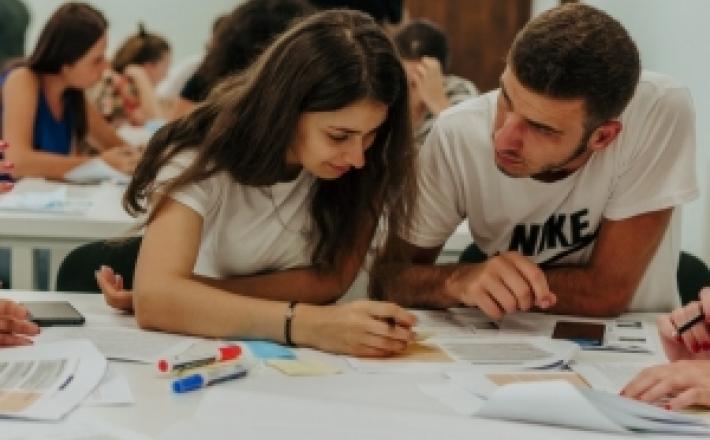 The upcoming parliamentary elections offer Georgia a chance to vote more women into office, overcoming a long-standing gender disparity in political representation. In support of greater openness to women in politics, the United Nations Development Programme (UNDP) and the Government of Sweden are assisting civil society activists in Georgia’s regions to educate first-time voters about democratic elections and gender equality.

“There is no shortage of smart, capable women leaders in Georgia,” said UNDP Head Louisa Vinton. “But we can see that parties remain reluctant to put them on their electoral lists. Georgia’s new electoral gender quota, though still very modest in its ambitions for the Parliament, is one way to overcome this reserve, but we also need to work to combat negative stereotypes and prejudices, particularly among the younger generation.”

“The last parliamentary elections gave women only 15 percent of seats in the Parliament. This year, Georgia has a real chance to bring more women into the political process and generate a more representative legislature. This would advance Georgia’s democracy, development and European integration,” Ambassador of Sweden Ulrik Tideström said.  “Yet we see the need for continuous public discussion to dispel the gender clichés prevailing in society.”

Click here to read the full article published by Georgia Today on 9 October 2020.