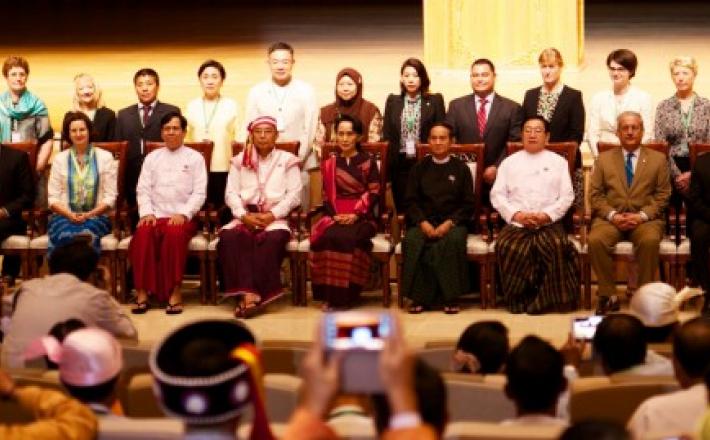 Based on a survey of Members of Parliament (MPs) from the Myanmar Hluttaw recognizing the need for more support and more opportunities to learn about the role and functions of the parliament, the Myanmar Hluttaw organized, with support from the United Nations Development Programme (UNDP) and the Inter Parliamentary Union (IPU), a five-day induction programme to equip newly elected MPs to perform their roles. The induction programme focused on the MPs’ three main areas of responsibility: passing laws, overseeing the work of government and representing citizens. The induction was part of a longer-term plan, led by the parliament and supported by IPU and the UNDP, to ensure the MPs are fully equipped and that the fundamental skills gained during the induction are built on in the future. To learn more about this, please click here and here.