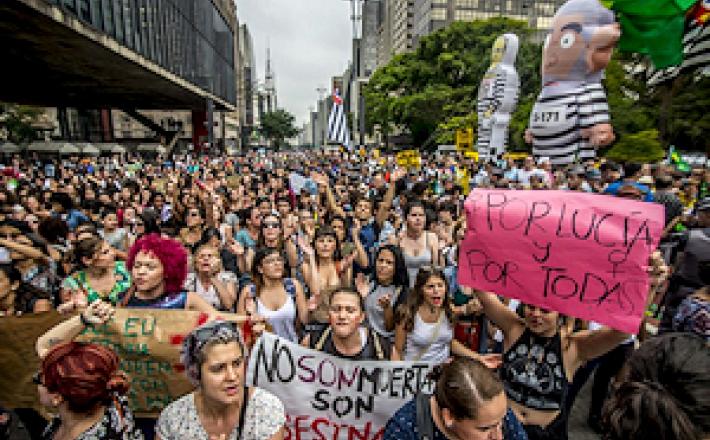 The Inter-Parliamentary Union (IPU) follows up its landmark study on sexism against women MPs with an initiative to advance gender-sensitive reforms in parliament.

On the International Day for the Elimination of Violence against Women, IPU launched an innovative approach that challenges parliaments on their functioning and working methods, and how these contribute to gender equality.

The publication, Evaluating gender sensitivity of parliaments: A self-assessment toolkit, is the first step of this initiative, and lays the groundwork to honestly assess women’s equal representation in parliament, treatment of women MPs, and identify the necessary steps to transform parliaments into gender-sensitive institutions.

Most parliaments remain male dominated with women making up only 22 per cent of the world’s parliamentarians. Once in office the situation does not improve as women MPs are often underrepresented in senior positions or key committees, face a hostile work environment, and must navigate unwritten rules and practices that are preferential to men. All of this can limit their input to parliament’s policy making and undermines parliaments’ efficiency, effectiveness and legitimacy.

In addition, a recently published IPU survey revealed widespread sexism, violence and harassment of women MPs worldwide. Of the 55 women MPs surveyed, over 80 per cent reported experiencing some form of psychological violence. Some 20 per cent of respondents said they had been slapped, pushed or struck, including by other members of parliament.

“How can women and men work effectively in an environment that does not respect equally their rights and safety? Gender equality needs to be a priority for everyone in the parliamentary community. We need to ensure parliaments adhere to the fundamental principle of equality between men and women, tackle the problem of gender violence and harassment in parliament, guarantee respect and equal treatment, and are part of the solution to gender inequality. In short, we need institutional reform,” explains IPU Secretary General Martin Chungong.

The gender-sensitive parliament assessment brings together MPs and parliamentary administration to examine openly such issues, and identify what initiatives can be taken to address them whether by strengthening Parliament’s legal and policy framework for gender equality, building the infrastructure and policies to support gender-sensitive culture in Parliament, and enhancing the capacities and resources of staff to achieve gender equality.

“Parliaments must do some soul-searching through a gender lens.  They must acknowledge that they are not gender neutral. The gender-sensitive parliament assessment aims to support parliaments’ efforts to tackle violence against women MPs, and become champions of gender equality and models for the rest of society. Let me stress that the end result will be the reinforcement of parliaments’ contribution to eliminating violence against women,” declares Martin Chungong.