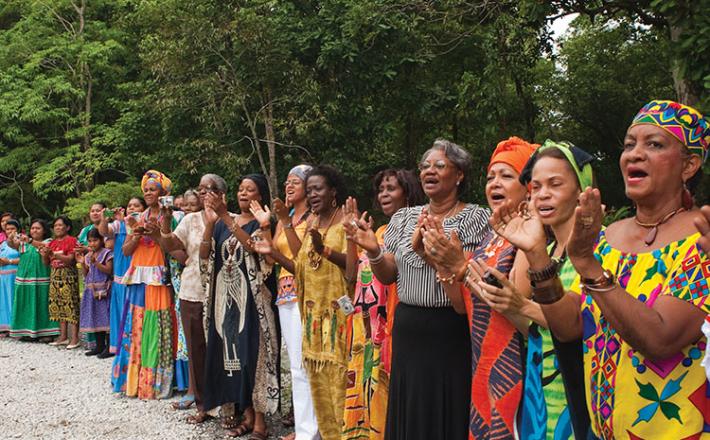 In 2015, International Women’s Day, celebrated globally on 8 March, will highlight the Beijing Declaration and Platform for Action, a historic roadmap signed by 189 governments 20 years ago that sets the agenda for realizing women’s rights. While there have been many achievements since then, many serious gaps remain.

This is the time to uphold women’s achievements, recognize challenges, and focus greater attention on women’s rights and gender equality to mobilize all people to do their part. The Beijing Platform for Action focuses on 12 critical areas of concern, and envisions a world where each woman and girl can exercise her choices, such as participating in politics, getting an education, having an income, and living in societies free from violence and discrimination.

To this end, the theme of this year’s International Women’s Day is the clarion call of UN Women’s Beijing+20 campaign “Empowering Women, Empowering Humanity: Picture it!” Join governments and activists across the world in commemorating the ground-breaking Conference of 1995. We celebrate the many achievements that have come since then and galvanize action to address the gaps that still remain in making gender equality a reality.

International Women’s Day first emerged from the activities of labour movements at the turn of the twentieth century in North America and across Europe. Since those early years, International Women’s Day has assumed a new global dimension for women in developed and developing countries alike. The growing international women’s movement, which has been strengthened by four global United Nations women’s conferences, has helped make the commemoration a rallying point to build support for women’s rights and participation in the political and economic arenas.

Increasingly, International Women’s Day is a time to reflect on progress made, to call for change and to celebrate acts of courage and determination by ordinary women who have played an extraordinary role in the history of their countries and communities.