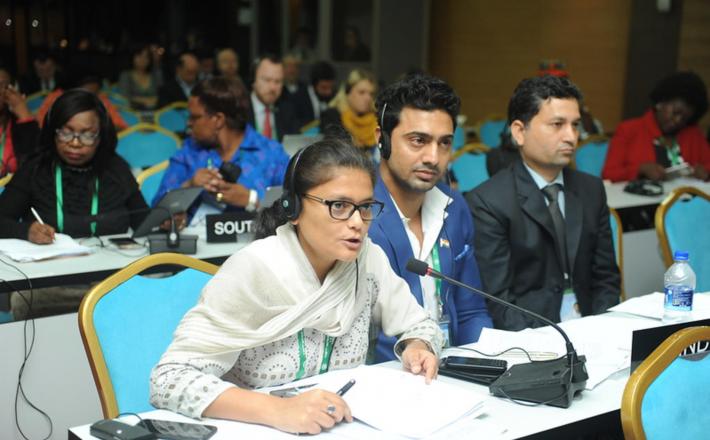 On 12 August, International Youth Day 2020, the IPU celebrates the 10th anniversary of its resolution, Youth participation in the democratic process.

Adopted by IPU Member Parliaments in 2010 in Thailand, the resolution is a call to action to include more young people in political decision-making. It also led to the creation of the Forum of Young Parliamentarians, which has become the premier meeting space for the world’s young MPs.

Since the resolution was passed, IPU data on young parliamentarians has become the reference for the participation of young people in parliament. The IPU publishes a full in-depth report on youth in national parliaments every two years and the data is publicly accessible on the IPU open data platform, Parline.

In the past decade, many of the measures proposed in the resolution – from youth quotas to lowering the age of eligibility to run for office – have been adopted by IPU Members. In response to a recent IPU consultation, many parliaments have also shared more examples of innovative practices to encourage youth participation, such as convening youth parliaments; including young parliamentarians in delegations to international meetings; and consulting the young generation on climate change.

The IPU has compiled some of the good practices from its Member Parliaments here.

On International Youth Day, Mr. Melvin Bouva, President of the Board of Young Parliamentarians, and Mr. Martin Chungong, Secretary General of the IPU, will participate in the Samarkand Human Rights Forum, which is dedicated to youth rights.

Although more than half of the world population is under 30 years of age, according to IPU data only about 2 per cent of MPs are under 30.