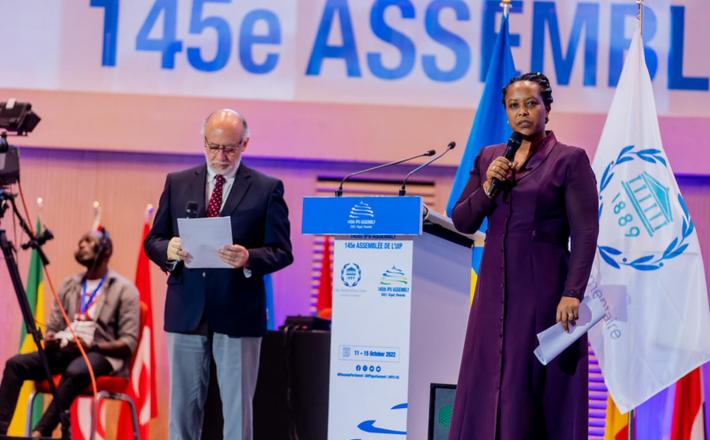 Parliamentarians from around the world have adopted the Kigali Declaration Gender equality and gender-sensitive parliaments as drivers of change for a more resilient and peaceful world at the end of the 145th IPU Assembly in Kigali, Rwanda.

The Declaration represents a milestone in progress towards gender equality and gender-sensitive parliaments. It encourages IPU Members to step up their efforts to promote gender equality in institutions and society.

Click here to read the full article published by The Inter-Parliamentary Union on 17 October 2022.