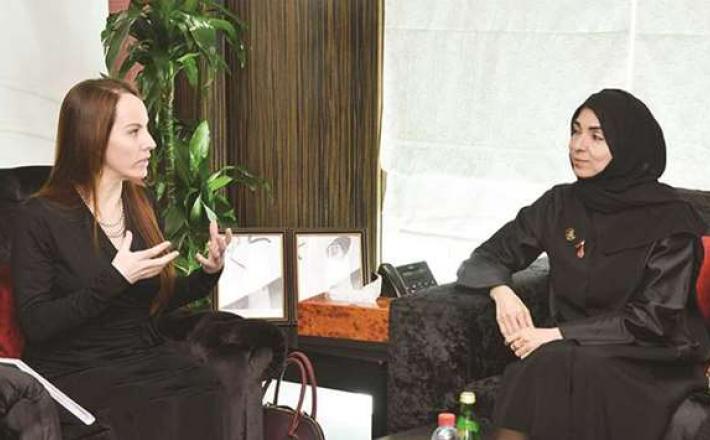 The President of the Inter-Parliamentary Union Gabriela Cuevas Barron praised Qatari legislation that ensures the rights of Qatari women and enables them to reach leading posts in all fields.

This came during a meeting hosted by Qatar Chamber, in the presence of a number of leading Qatari women working in public and private sectors.The meeting reviewed the role of Qatari women in the society and ways of helping them to reach leading positions in all fields - politics, economy, science and development.Gabriela Cuevas Barron said that she managed to obtain the position that she is in thanks to perseverance and diligence, although her country - Mexico -  is not a major world power.

She noted that she faced many challenges and obstacles before she attained this post.Qatar Chamber’s board member Ibtihaj al-Ahmadani said that Qatari women have excelled in all fields in the last two decades, noting that they have attained leading roles in the transformation of the country’s economic, political, social, educational, and sports sectors.

Al-Ahmadani said that the State’s policies and initiatives  promote the presence of women in the private sector.This resulted in a quantum leap in the participation of women in the private sector - up to four times since the unjust siege on Qatar was imposed in June 2017, affirming that the amount of investments of Qatari businesswomen is reaching QR25bn in the local market.

Click here to read the full article published by Gulf Times on 18 December 2018.