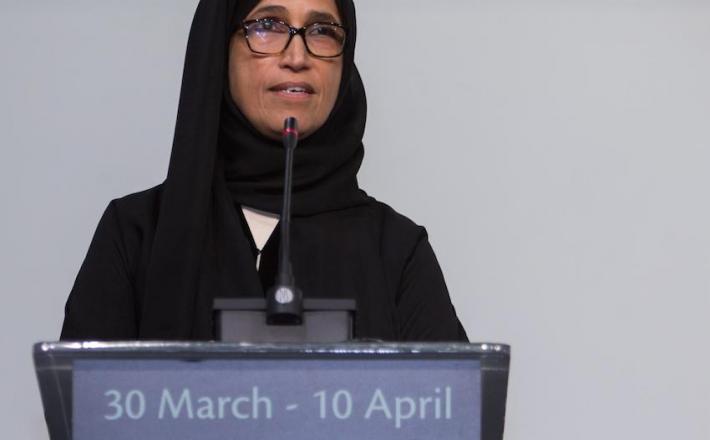 The IPU hails the appointment of four women as members of the Shura Council of Qatar, the country’s Parliament. This is the first time that women will sit on the Shura Council, which is responsible for examining government policy, drafting laws and reviewing the state budget.

However, it is not the first time that Qatari women have entered politics. Two women were elected at the municipal council level: Shaikha Al Jufairi was the first in 2003 and was joined in 2015 by Fatima Al Kuwari.

The four women were among 28 new members appointed by Qatar's Emir Sheikh Tamim bin Hamad Al Thani. They are Hind Abdul Rahman al-Muftah, Hessa Sultan al-Jaber, Reem al-Mansoori and Aisha Yousef al-Mannai. Ms. Al-Jaber, who was the third woman to be appointed to the cabinet, has served as Minister of Information and Communications Technology since 2013.

“The IPU feels strongly that involving women in decision-making is vital to democracy and development,” said IPU Secretary General Martin Chungong. He added that the admission of women to Qatar’s Parliament was a big step towards more inclusive decision-making.