Joining efforts to increase political participation of women in Samoa

Joining efforts to increase political participation of women in Samoa 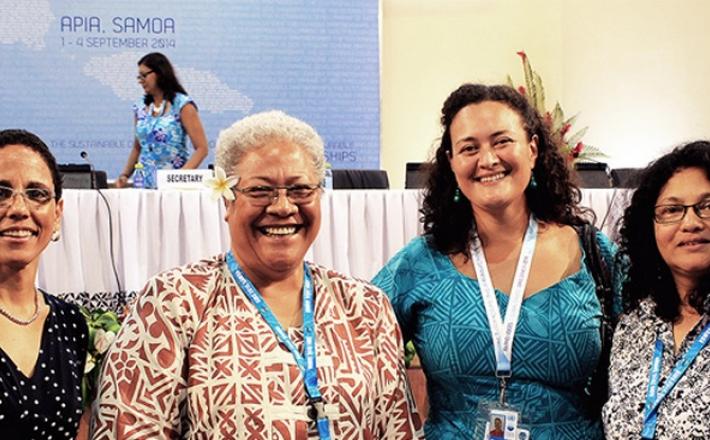 Suva, Fiji - Today (01 April 2015) representatives from the Government of Samoa, the Government of Australia, UN agencies and civil society organisations gather in Apia to witness the signing of the Increasing Political Participation of Women in Samoa (IPPWS) UN Joint Programme.

Under this programme, the United Nations Development Programme (UNDP) and UN Women will work together with the Government of Samoa to promote the political participation of women in the country. Ahead of the 2016 general elections, the IPPWS Joint Programme, co-funded by Australia, UNDP and UN Women, will aim to achieve four key objectives.

First, it will facilitate space for discussion and awareness at a community level on the importance of women participation in politics, gender equality and good governance. Second, it focuses on capacity building for women in parliamentary processes and procedures in preparation for elections. Third, it will work with political parties by making available information and analysis on the constitutional amendments and strengthen their internal governance processes to support women candidates, gender equality and women’s rights. Following the 2016 elections, the project will provide mentoring support to all Members of Parliament on activities including responsive budgeting, preparation of gender sensitive legislation and more general aspects of the working of parliament.

Globally, only 22 per cent of the seats in national parliaments are now held by women. In Samoa, the proportion is even lower; only 6 per cent ranking the nation 174th out of 188 countries. Furthermore, of the 162 candidates that contested the March 2011 Parliamentary Elections, only 8 were women. In response, the Government of Samoa passed a Constitutional Amendment in 2013 that introduced a 10 per cent quota of women representatives into the Legislative Assembly.

As the UN Resident Coordinator and UNDP Resident Representative in Samoa, Lizbeth Cullity, pointed out, this programme will be a key milestone for Samoa: “It will be exciting to see the activities of this programme roll out in communities as voters become increasingly aware of the value of more women parliamentarians, political parties show their support for women candidates and finally, more women are voted in during the general elections. The programme will also support female MPs post-elections to rapidly familiarise them with their duties and responsibilities as MPs, and start to make their mark in parliamentary proceedings for the betterment of the country.”

Nicolas Burniat, UN Women’s Deputy Representative at the Multi-Country Office in Fiji, also welcomes the start of this programme, particularly the partnership between UN Women, UNDP and other key stakeholders: “Through the IPPWS programme the UN will provide training, support and resources to candidates, governments and civil society organisations to affect change at every level. The aim is to encourage Samoans to register for their respective elections and to encourage more women to stand up and have a voice in parliament.”

Sue Langford of the Australian High Commission in Samoa emphasised the importance of this program to Australia. “Australia is committed to working in partnership with Samoa, improving gender equality including increasing women’s voices in public life and decision making. Australia’s contribution to the IPPWS is part of a long term commitment to support existing efforts to improve gender equality in the Pacific through the Pacific Women Shaping Pacific Development initiative.