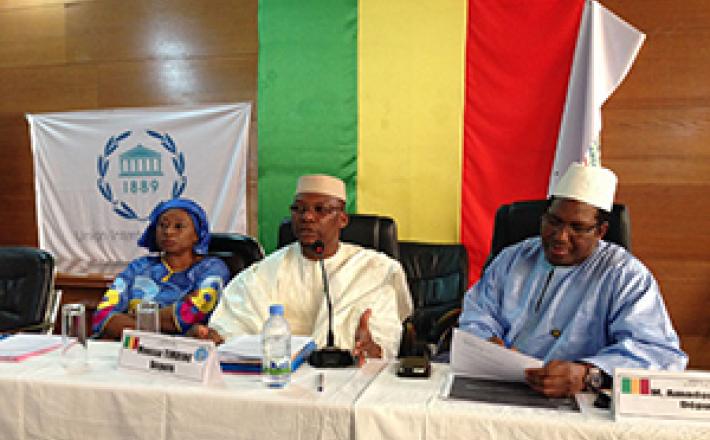 Malian MPs from across all political parties gathered at an IPU seminar in Bamako, Mali, to discuss gender equality and the Sustainable Development Goals (SDGs). The seminar, which was co-organized with the Parliament of Mali, took place on 25 and 26 July.

The seminar aimed to sensitize Malian MPs to their role in promoting SDGs and gender equality and to help them to identify strategies to better integrate these two issues into public policies and laws. Among the subjects discussed were: the role of parliaments in realizing the SDGs; the empowerment of women; gender equality as a key factor in the realization of the SDGs; and access to quality health services for all, especially women and children.

On the second day, participants broke up into groups to discuss, among other things, parliamentary mechanisms that would allow MPs to discuss issues related to the SDGs; the oversight role of parliamentary commissions; how best to connect with citizens, civil society representatives and academics; the mechanisms for integrating gender equality in the work of the Parliament; and opportunities to play a leadership role in the region in SDGs and gender equality. Mr. Amadou Cissé, President of the Committee on the SDGs and Vice-President of the IPU Standing Committee on Sustainable Development, Finance and Trade, and Mr. Maleye Diop, UNDP Mali, presented the IPU’s self-assessment toolkit on SDGs.

In the outcome document, the Parliament said it would help to achieve the SDGs through oversight and budget allocation; effective communication on the goals with citizens; by mainstreaming gender in its structures, promoting women’s participation in decision-making posts, sensitizing men and boys to gender-based violence; and by ensuring budget lines for the delivery of basic health services.