Mauritania female MPs in move to protect women and girls

Mauritania female MPs in move to protect women and girls 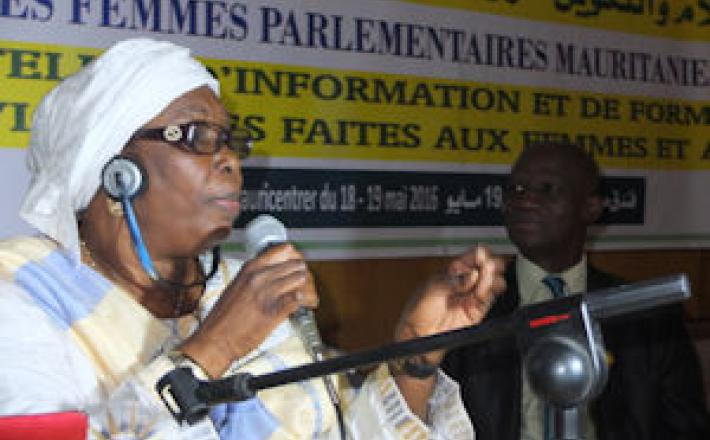 An agreement has been reached in Mauritania on action necessary to protect women and girls from child marriage, female genital mutilation (FGM) and other violence. The priorities set by women MPs include robust new laws and other measures targeted at prevention, legal enforcement and punishment of perpetrators, with support for victims. The framework was agreed in May at a two-day seminar organized with IPU support in the capital, Nouakchott. It includes banning FGM and launching a programme to educate people about its consequences. Proposals to end child marriage include abolishing a statute under which it is permitted in certain circumstances, and setting up systems to make sure girls remain at school until at least the end of their secondary education. Domestic violence would also be targeted and steps taken to ensure that laws on rape and other sexual attacks match international standards. Mauritania currently has no laws on domestic violence, rape and other forms of sexual violence. The plan, spearheaded by the country's caucus of female MPs, calls for partnerships involving parliament, government, civil society and the media.  First steps include activities to raise awareness in a move to help create a new political and social context for the changes.