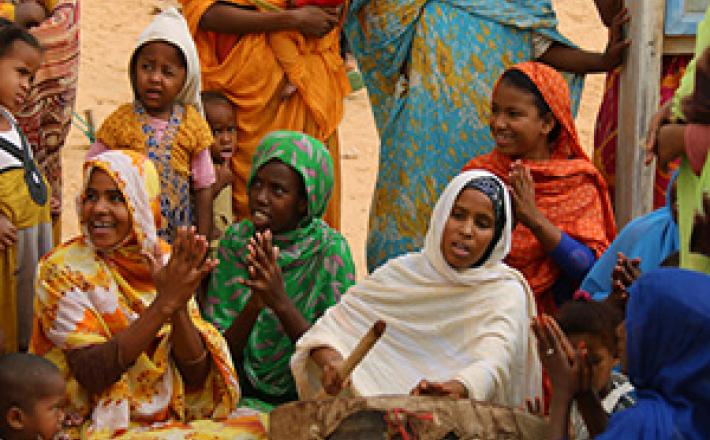 A group of women 12 MPs from the Réseau des femmes parlementaires mauritaniennes (Network of Mauritian Women Parliamentarians/REFPAM) organized a “caravan”, or outreach visits, to provinces in the country to reach out to local and religious leaders, and the general public. The parliamentarians aimed to raise awareness about and advocate for women’s rights and ending violence against women and girls. The caravan took place from 12 to 21 February.

REFPAM held discussions on women's land governance, women's participation in decision-making positions, and how to combat violence against women. The caravan also consulted local leaders and the general public on their needs and expectations regarding the bill on violence against women before Parliament. The visits covered the wilayas (provinces) of Brakna, Tarza, Gorgol and Guidimagha.

REFPAM was created in December 2015 to provide a forum for women MPs—and their like-minded male colleagues—in Mauritania to come together across party lines on issues of common interest, such as violence against women. In 2016, IPU and the National Assembly helped REFPAM draw up a comprehensive advocacy plan to strengthen the legal framework on all forms of violence and harmful practices against women in Mauritania, including female genital mutilation and child marriage. IPU’s support to REFPAM is part of its work on encouraging the creation of women parliamentary caucuses.