Network of arab women in elections launches in Tunis

Network of arab women in elections launches in Tunis 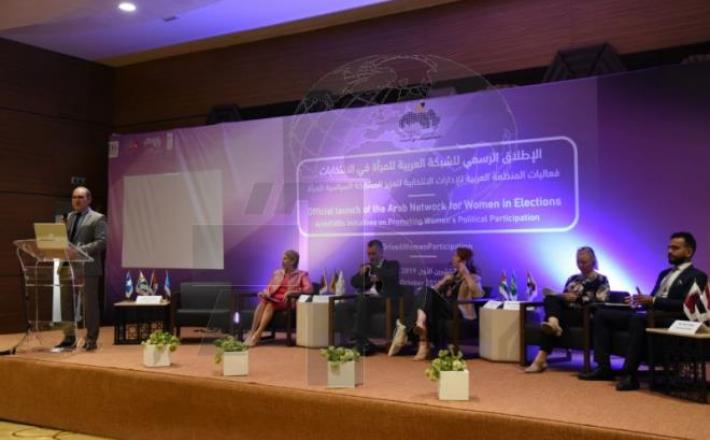 The Network of Arab Women in Elections was launched Saturday in Tunis as part of a joint initiative involving the Arab Organisation for Electoral Management Bodies (ArabEMBs), the UNDP Regional Electoral Support Project and the International Institute for Democracy and Electoral Assistance (International IDEA).

This network, which includes Arab electoral management bodies and civil society organisations, will represent according to officials a source of information about women’s participation in elections in member countries and in the region.

It is intended to increase women’s participation in elections and create new opportunities to influence decisions and public views in connection to women's political participation.

Officials said the network will operate under the aegis of the ArabEMBs so as to strengthen women’s political participation in the Arab region as voters and candidates.