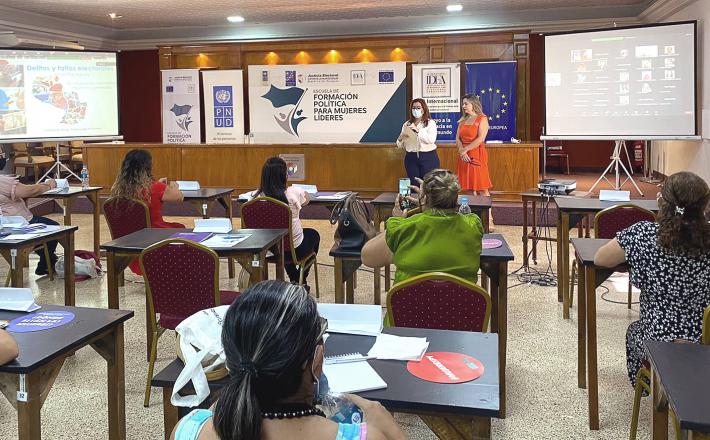 In a region that has seen the greatest progress in political gender equality in the last two decades, Paraguay stands out, but for the wrong reasons: it has the third-lowest percentage of women in parliament in the Americas, with 17.5%, roughly half the regional average of 33.9%. When considering other elective positions, the divide widens.

Though the gender political gap is a complex and multi-dimensional issue, Paraguayan women clearly are politically underrepresented, despite their high interest and ample participation in electoral processes. For instance, in the 2021 municipal elections, female voter turnout was equal to men's, and women's participation in voting tables were even higher than men's.

Click here to read the full article published by Euronews on 8 March 2022.