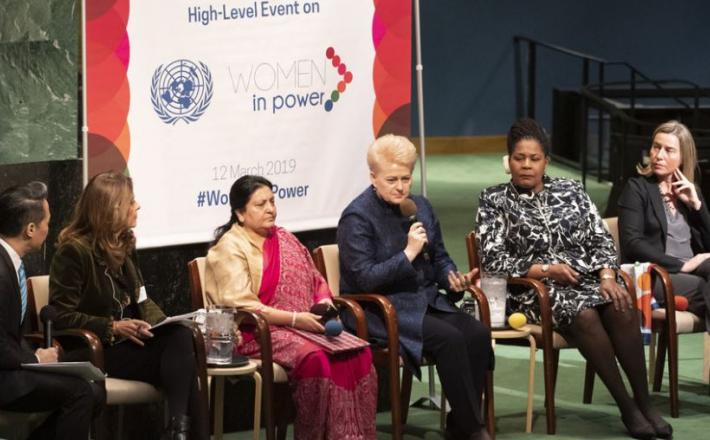 The former Ecuadorian Minister of Foreign Affairs who leads the 193-member world body, pointed out that in 2105 it would have taken 30 years to close the gender gap, but now, she told the Commission on the Status of Women (CSW), if current trends continue, gender parity will not be reached for “107 years”.

She commended the under-appreciated women of past who “were made invisible, erased from history”, saying they “have been protagonists in the destinies of entire nations; of culture and political thinking; science and innovation; and the most significant social changes”.

“We don’t know anything about many of them” she continued. But for those we do, we must recognize their bravery and “the immense contribution” they made to humanity. “Today we are here for them”, she underscored.

Ms. Espinosa praised the leap forward towards full gender parity at the UN, under Secretary-General António Guterres, saying it was a “testament to the fact that when there is political will, and leadership, it is possible to change the course of history”.

Click here to read the full article published by UN News on 12 March 2019.