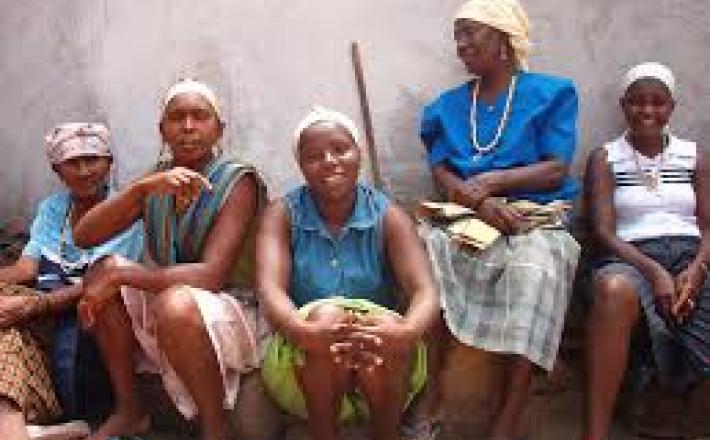 Gender responsive budgeting (GRB) is government planning, programming and budgeting that contributes to the advancement of gender equality and the fulfillment of women's rights. It entails identifying and reflecting needed interventions to address gender gaps in sector and local government policies, plans and budgets.

In Cabo Verde, the Institute for Gender Equality and Gender Equity (ICIEG) is the executive’s main instrument to promote Gender Equity Policies and National strategies. Back in 2010, ICIEG was supported by UN Women and UNDP to design and carryout an assessment exercise, identifying the shortcomings with regards to gender equity effective mainstreaming in Government’s formulation of strategies, planning and budgeting models.

This led to the development of an Action Plan for the implementation of a Gender responsive budgeting and Planning Programme (PGRB), involving various government sectors, Parliament and civil society. Specifically, taking into account the critical role of Parliament to approve the state budget and oversee its implementation, as well as the impact of such process in gender targets and milestones, one of the strategies adopted within the scope of UNDP Action Plan and the Pro PALOP-TL SAI

was to specifically work with the Network of Women Parliamentarians (RMP-CV), in partnership with UN Women.

With the support of the Pro PALOP-TL SAI, RMP-CV started a series of field visits to the main municipalities of the country, in order to effectively ensure legislative oversight of gender equity national targets and approved executive policies and identify the main challenges for meeting the implementation of the Gender based Violence (GBV) Law.

On each island visited, Women MPs included a number of meetings with institutions which deal with the problem of GBV, such as the Town Council, the National Police, the Office of the Attorney General, the official Law Centre, non-governmental organizations (NGOs) and the associations which work with women victims of violence, as well as meetings with rural communities.

This work in the field was followed and complemented by expert support and guidance provided by a Gender senior advisor, within Pro PALOP-TL SAI scope and in collaboration with UNW. The approach was to enhance Parliament Budget and Expenditure oversight through the strengthening of Women MPs and RMP-CV’s capacity to carrying out an in-depth result based analysis of 2015 Executive’s Budget Proposal with a special focus on the differential costs and impact on men and women.

The gender sensitive analysis of the Executive’s Budget Proposal for 2015 carried out by RMP-CV has shown that:

Following the discussions in the National Assembly to enact the Executive’s Budget Proposal for the2015 General State Budget, the Network of Cabo Verde Women MPs has continued its advocacy working a more assertive and knowledgeable way, bringing the discussion directly into the Special Parliament Committees involving the Executive and Ministers responsible for programmes which could be financing those measures, according to the nature, results and targets of their respective programmes.

The approach was to avoid negative impact in fiscal discipline required and promoted by the Executive and the Ministry of Finance.

This was possible by reallocating systematically less than 1% of the available funds while providing specific results-based content and targets to those programmes.

The approach was very successful and had a critical impact in the advocacy actions led by RMP-CV during the 2015 Executive’s Budget Proposal discussions. In this context, a first milestone was immediately reached: the Deputy Prime Minister and Minister for Health, Cristina Fontes Lima, who is also responsible for the ICIEG, while addressing the Special Commission on Health and Social Issues, announced the integration of measures addressing gender equality into her own Ministry, as well as an allocation of 82,000 USD (approximatively 8 million CVE) for building the capacity of the ICIEG.

More recently and after the 2015 State Budget debate, a second and not less important milestone was also reached: 4 years after the approval of the GBV Law by the Parliament, the executive finally setup specific procedures and implementation framework, including the measures and steps to compensate the victims of GBV.

RMP-CV continues the fight for more gender equity, looking for alternative approaches and addressing the challenges facing more equitable opportunities for women in Cabo Verde Islands. UNDP continues to provide technical and financial support to these actions, in collaboration with UN Women Office in Cabo Verde and within the framework of Pro PALOP-TL SAI.

The project has a multi-country approach and carries out actions in all 6 ACP Portuguese Speaking Countries (Angola, Cabo Verde, Guinea Bissau, Mozambique, São Tomé e Príncipe and Timor-Leste) to strengthen capacities of supreme audit institutions, parliaments and elected MPs, as well as civil society organisations in order to allow a more efficient external and independent control of public finances and legislative budget oversight.

Pro PALOP-TL SAI, is funded by the European Union for an amount of EUR 6,400,000 and will be administered by UNDP over a period of 3 years.