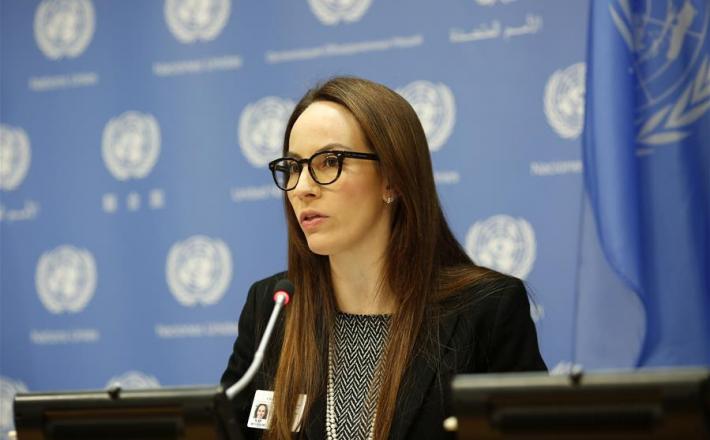 UNITED NATIONS, March 12 (Xinhua) -- The proportion of women ministers is at an all-time high at 20.7 percent, 2.4 percentage points higher than that in 2017, according to data in the 2019 edition of the biennial IPU (Inter-Parliamentary Union)-UN Women map released Tuesday.

"Women's representation in political decision-making continues to rise slowly, with slight improvements since 2017," according to the map of Women in Politics launched during the 63rd Session of the Commission on the Status of Women (CSW63) at the UN headquarters in New York.

Ethiopia saw the largest increase in women's political representation in the executive, from 10 percent women ministers in 2017 to 47.6 percent in 2019.

Mexico made the biggest strides in the Americas, with the addition of five women ministers, increasing the overall share of women ministers by 26.3 percentage points to 42.1 percent.

The number of countries with no women ministers decreased from 13 in 2017 to 11, according to the map.

"More women in politics leads to more inclusive decisions and can change people's image of what a leader looks like," said UN Women Executive Director Phumzile Mlambo-Ngcuka. "We still have a steep road ahead, but the growing proportion of women ministers is encouraging, especially where we see a rise in the number of countries with gender-balanced ministerial cabinets. These are the types of bold moves that we need if we are to dramatically increase women's representation in decision-making."