The rising voices of women in Pakistan

The rising voices of women in Pakistan 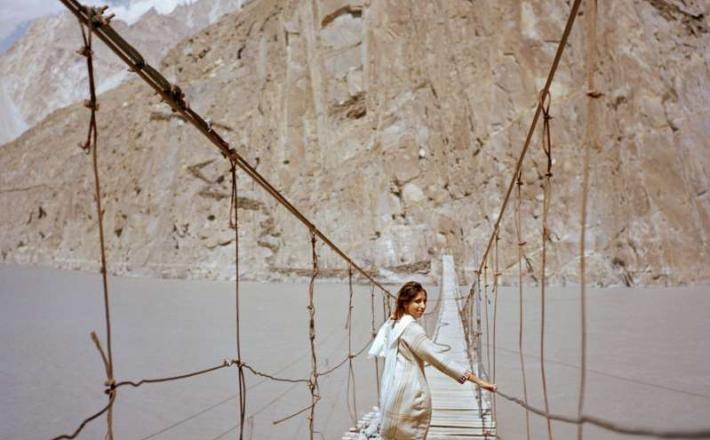 SHAHDARA, Pakistan – Bushra Khaliq stood in the middle of a village home, chin up and shoulders back, holding the attention of fifty women around her. Old and young, they wore Pakistani tunics and scarves; some cradled and fed babies, others shushed children who tugged at their sleeves. Sun from the open roof warmed Khaliq’s face as she looked around, holding eye contact with one woman, then another. “Who is going to decide your vote?” she asked. The women clapped and shouted in unison: “Myself!”

Khaliq, a 50-year-old human rights defender and community organizer, was holding a political participation workshop session, the first of several that day in the rural outskirts of Lahore. The women attendants were local wives and daughters of agricultural laborers. Many were illiterate, though several worked low-income jobs to send their daughters to school. It was the week before Pakistan’s general election, and Khaliq, who runs an organization called Women in Struggle for Empowerment (WISE), encouraged the women to vote.

Many rural women are not registered for their National Identity Cards, a requirement not only to vote but also to open a bank account and get a driver’s license. In Pakistan, many women in rural and tribal areas have not been able to do these things with or without the card. In accordance with patriarchal customs and family pressures, they live in the privacy of their homes without legal identities.

Yet Pakistan’s July 2018 elections saw an increase of 3.8 million newly registered women voters. The dramatic increase follows a 2017 law requiring at least a 10 percent female voter turnout to legitimize each district’s count. Pakistan has allowed women to vote since 1956, yet it ranks among the last in the world in female election participation.

Click here to read the full article published by National Geographic on 7 February 2019.