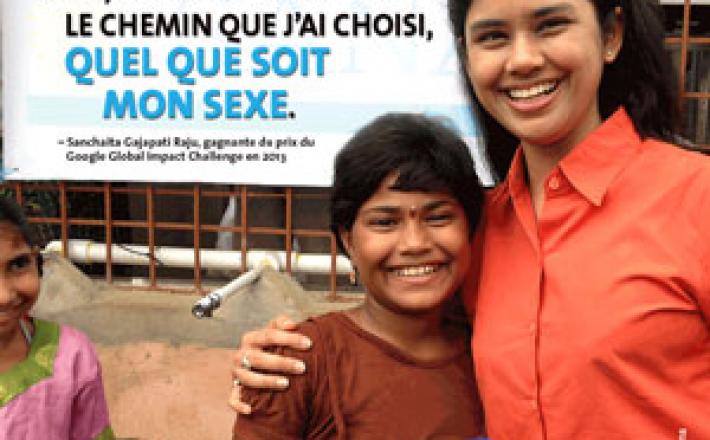 It all started with a visit to a rural Indian village. Sanchaita Gajapati Raju draws inspiration from her mother, who from a very young age instilled in her a deep civic sense and encouraged her to help those less fortunate. On a visit to an impoverished village, Sanchaita noted the lack of facilities and clean drinking water. Through her interactions with the communities there, she got a better understanding of their predicament and how technology could improve peoples’ lives by not only enhancing public health, but also through creating services that would allow people, primarily women, to spend less time collecting fresh water. Thus her organization SANA was born.

Sanchaita Gajapati Raju is only 30 years of age, but can already claim numerous accomplishments – she is a trained lawyer and political scientist, filmmaker and media professional. Despite the various accolades she earned in these competitive fields, she chose to leave a corporate job and establish an NGO focused on water and sanitation in a country where close to 60 per cent of the over one billion people in the country are forced to defecate in public due to lack of much-needed sanitation facilities.

We invite our users to read the full article published on July 28th 2014 by UN Women.