Shakti: Gunning for more women in politics in India

Shakti: Gunning for more women in politics in India 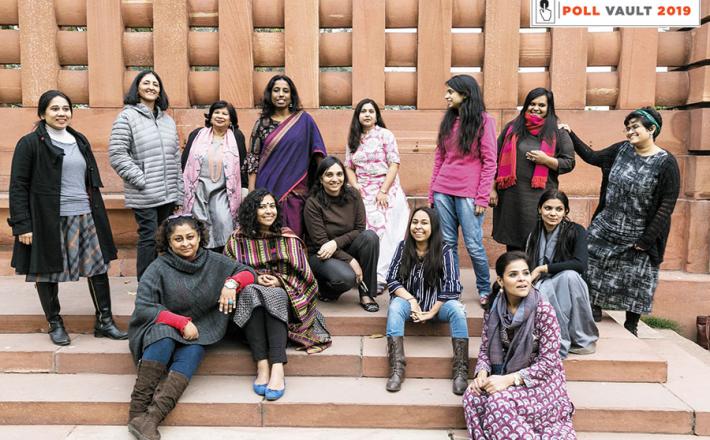 A non-partisan collective is targeting the general elections for equal representation of women in Parliament, but the road to gender-just politics is tricky to traverse

Vinod Rathod of the Delhi Police has been manning the Parliament gates for four years now. Like his namesake singer, he can also skilfully hum a tune or two, he tells this journalist, who is there to meet members of Shakti, a non-partisan citizen's collective campaigning for equal representation of women in legislation. The pan-India collective is in Delhi for a national meet.

A volunteer from Shakti asks Rathod if he has ever noticed how men occupy more seats of power at his workplace than women. “That’s always been the case,” he says matter-of-factly. Pointing at the Parliament, he adds, “But I hear that they [legislators] are talking about a bill to get more women in there. I would like that to happen. I’m all in for equality. It’s a value I practise at home, too.”

Viewpoints similar to Rathod’s, of championing gender equality in politics, have been aired in the public sphere for many years now. Numbers, however, point to a contrasting reality. The percentage of women elected to Parliament has stagnated between 3 and 11 percent ever since the first Lok Sabha was constituted 67 years ago in 1952.

Click here to read the full article published by Forbes India on 8 Mars 2019.