South Sudan: Taking steps towards the inclusion of women in peace-building

South Sudan: Taking steps towards the inclusion of women in peace-building 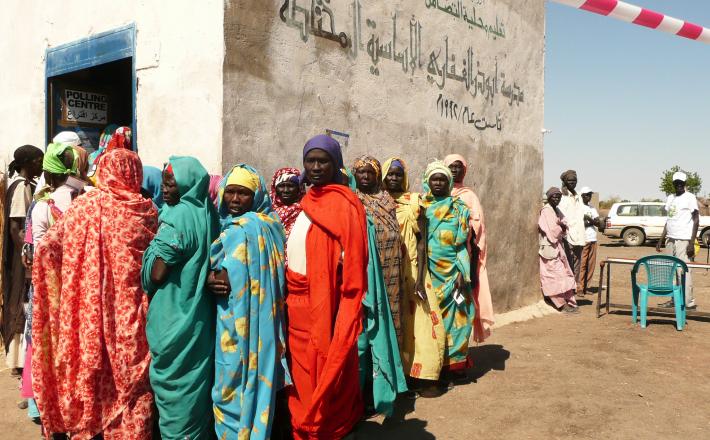 In South Sudan, Africa's youngest nation, women's political participation remains low when there are calls to have more women in positions of power globally. The Republic of South Sudan gained its independence on the 9th of July 2011 but slid into political violence within barely two years of its existence.

A peace agreement was signed in 2015, but violence broke out again in 2016, resulting in the Revitalised Agreement on the Resolution of Conflict in the Republic of South Sudan (R-ARCSS), which was ultimately signed in 2018.

Accordingly, 15 percent and 33 percent of women participated in the 2015 and 2018 peace negotiations. Unfortunately, there was only one (1) woman mediator, while 20 percent of the signatories were women by 2018.

Click here to read the full article published by International IDEA on 18 August 2022.