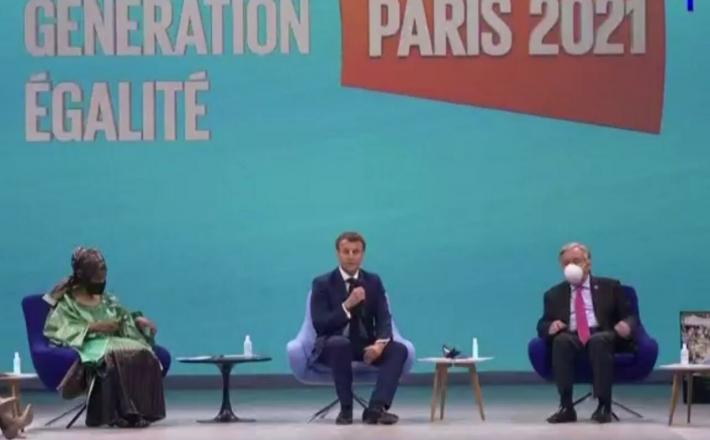 French President Emmanuel Macron and US Vice President Kamala Harris were among those taking part in the UN Generation Equality Forum on Wednesday in Paris.

The Generation Equality Forum, at a summit hosted by French President Emmanuel Macron, aims to fast-track the road to gender equality and mobilise millions of dollars to achieve the long-sought goal quickly.

"Women who simply wanted to be free to drive, who simply want not to wear a veil or to have an abortion, are threatened," noted the French president in front of an audience of political leaders, activists and representatives of civil society.

Women deprived of freedom of speech or the freedom to vote should fight for their rights and know that the United States stands beside them.

US Vice President Kamala Harris told the forum that gender equality was paramount to strengthening democracy.

“If we want to strengthen democracy, we must fight for gender equality. Because here is the truth: Democracy is strongest when everyone participates and it is weaker when people are left out,” Harris told the summit by video link.