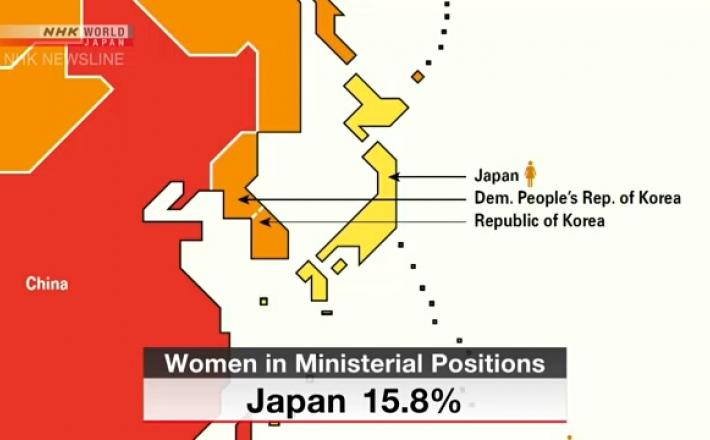 An international survey has ranked Japan 113th of 190 countries for the percentage of women in ministerial positions. It is the lowest among the Group of Seven industrialized countries.

The report was made by the Inter-Parliamentary Union and UN Women. It includes rankings for women in executive, parliamentary and government positions as of January 1 this year. The data was released to coincide with International Women's Day.

The report shows that women made up only 15.8 percent of Japan's ministerial positions.

There are 14 countries with 50 percent or more women in cabinet. Spain led with 66.7 percent, followed by Finland at 61.1 percent and Nicaragua with 58.8 percent.

Among G7 industrialized countries, France was in 10th place with 52.9 percent, Canada 11th with 50 percent, and Germany 26th with 40 percent.

The ratio of female ministers overall in the world stood at the highest ever at 21.3 percent.

Click here to read the full article published by NHK on 11 March 2020.