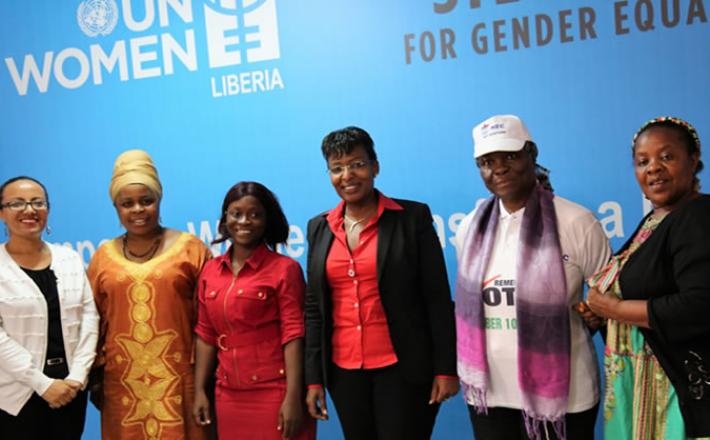 Madam Nizigama believes this participation can be impactful if priority is given to female participation, beginning with the pending 2017 presidential and general elections.

“We wish to emphasize that despite considerable investments in Liberia in the area of women’s political participation, the number of women in political leadership and the governance system is still far below global benchmarks,” Madam Nizigama said.

At the signing ceremony of an agreement of a project cooperation agreement on women’s political participation and elections between UN Women and partners in Monrovia, the UN Women Representatives emphasized the importance of working with civil society organizations in driving local ownership as well as enhancing national capacity that would deliver national priorities.

The agreement was signed between UN Women, the Women NGO Secretariat of Liberia, New Narratives and the Liberia Women National Political Forum.