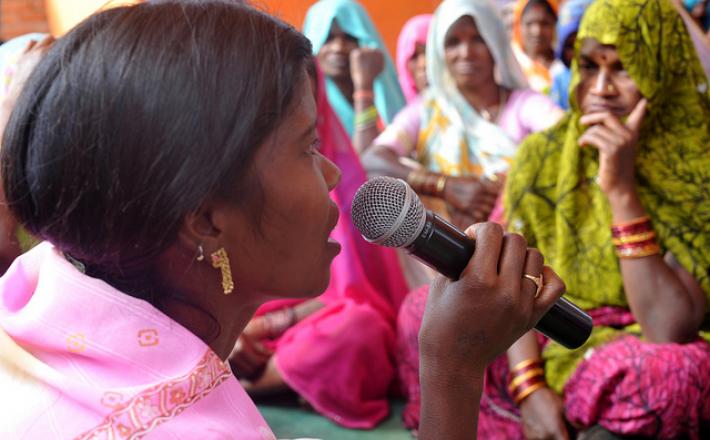 By collecting, analyzing, and disseminating sex-disaggregated data that previously did not exist, UNDP and The Center’s Women in Public Service Project (WPSP) will highlight challenges and best practices in achieving gender parity in public administration, particularly at decision-making levels.

The WPSP will collect data on women’s political and policy leadership across countries and government, aggregated on a publicly-accessible online platform and published in an annual index and report.

“In order to ensure more women are in leadership positions and drive institutional change, we need to know what the landscape looks like today. This is a truly groundbreaking partnership that will help us determine where the barriers and pathways to leadership exist in public administration”, commented Gwen K Young, Director of the Global Women’s Leadership Initiative and Women in Public Service Project at the Wilson Center.

Patrick Keuleers, Director of UNDP’s Governance and Peacebuilding Cluster, added: “This partnership will elevate the women’s leadership discourse by bringing the often neglected public administration element to the forefront. UNDP is excited to work with the Wilson Center on building the evidence-base that will accelerate women’s access to decision-making roles of the civil service.”

A Memorandum of Understanding will be formally signed at a ceremony during the Commission on the Status of Women on March 20 at the UNDP headquarters in New York City.

The new MOU between the Project and UNDP marks a collaborative effort to develop a global dataset and framework specific to public administration leadership roles. UNDP’s Gender Equality in Public Administration (GEPA) initiative is collecting data on gender parity in public service leadership in over 130 countries. This evidence will substantially inform the WPSP’s new platform, index and report.