We need more women in politics: Here’s how to make quotas work

We need more women in politics: Here’s how to make quotas work 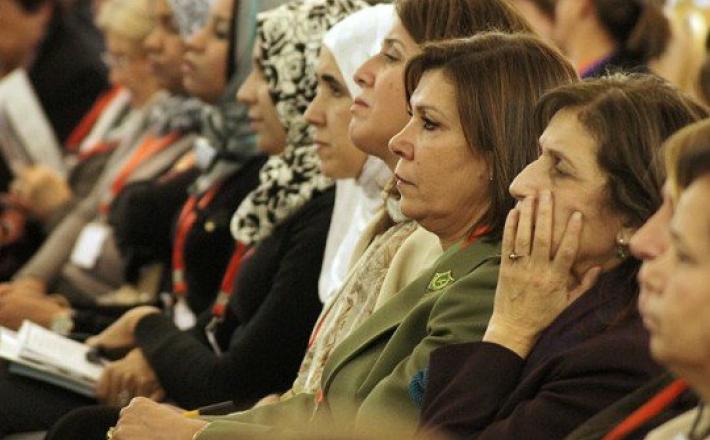 The low representation of women in politics remains one of the most obvious obstacles preventing us from achieving gender equality in the world.

In the Republic of Moldova, a medium income country in Eastern Europe that ranks 50th in the most recent Gender Inequality Index, we want to increase the pace of change and ensure that more women are getting involved in elections as candidates, voters, and electoral staff.

In a context where gender inequality is constantly dismissed as a non-issue, we had to have data to back up our claims and push for change. So we partnered with the Moldovan Central Electoral Commission and developed the first-ever national set of statistics related to the participation of women and men in elections.

To our surprise, the first thing we learned was that women in Moldova do get involved in politics.

At the local level, there is a massive representation of women in political parties and in electoral bodies. However, the higher the decision-making level we were looking at, the fewer women we could find. For example, even though membership rates in political parties for men and women are strikingly similar, only 2 out of 46 political parties in the country are headed by women.

This discrepancy is one of the reasons Moldova has recently adopted a 40 percent representation quota for women in governmental offices and on the electoral lists for local and parliamentary elections. But according to our data,this has not led to the expected increase in representation for women.

Quotas for women and men in decision-making positions are one of the most common ways of ensuring that women don’t have to face the glass ceiling when advancing in the ranks of political parties and that they have equal chances to be represented in governments and legislatures.

However, sometimes the provisions of quota legislation can be too weak to have an impact.

In Moldova, the recently adopted law does not make any specifications about the placement of women and men in the candidate lists. This omission may seem innocuous, but the reality is that women often find themselves relegated to the bottom of lists, with only one in five candidates at the top ­being a woman.

We believe that things can only be changed if the problem is acknowledged. To reach that point, three things must happen:

Only then will we be able to say we are moving towards a more equal world for women and men.