This is what leadership looks like: Meet Cecilia Moyoviri Moye, an indigenous woman Senator in Bolivia’s Legislative Assembly

This is what leadership looks like: Meet Cecilia Moyoviri Moye, an indigenous woman Senator in Bolivia’s Legislative Assembly 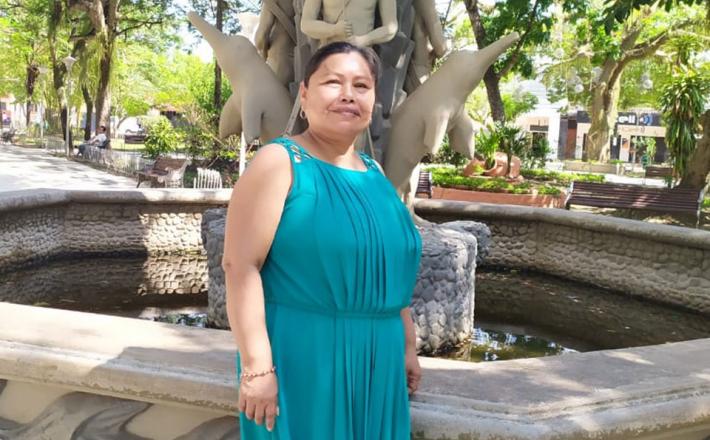 After the November 2020 national elections, women make up 49 per cent of the Legislative Assembly of the Plurinational State of Bolivia, cementing its position as a forerunner on gender parity in politics. The participation of indigenous women and stopping violence against women in political and public life are among the top priorities for the country.

“Being a woman and indigenous is not easy at all, but it is my greatest pride,” says Cecilia Moyoviri Moye, the first indigenous Senator from the Department of Beni.

At 50 years of age, after a lifetime of struggles, she became the first indigenous elected Senator from her region, Beni in 2020.

Her political history is marked by the constant defense of indigenous lands and peoples. In 2017, Cecilia Moyoviri Moye was Vice-President of the Isiboro Sécure National Park Indigenous Territory (Tipnis) Subcentral – which represents the area’s indigenous communities.

Now that she is a Senator, she says she will focus on defending the rights of indigenous women and protecting the territory she represents. She currently serves as the President of the Committee on Land and Territory, Natural Resources and Environment of the Senate.

Her enthusiasm is accompanied by constant concern. She says that indigenous people’s rights have always been violated, and indigenous women have faced the brunt of it all.

“Being a representative of an indigenous people has many challenges, but it is an opportunity to give a voice to those women who have proposals.”

Moyoviri admits there is a long way to go, but the fight to achieve equality is necessary to ensure that more women are in decision-making roles that were traditionally reserved for men.

“As a woman, I want more women to have a voice because our presence is essential; our experiences are essential; and they must be considered to change the course of our country.”

Click here to read the full article published by UN Women on 10 March 2021.