From where I stand: “I made history by becoming the youngest City Council member”

From where I stand: “I made history by becoming the youngest City Council member” 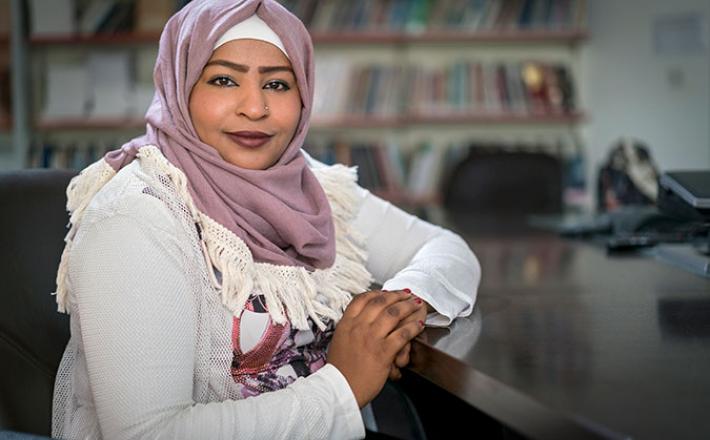 “My sister, who's a lawyer and a woman rights activist, encouraged me to run for local elections. I hesitated at first; even if women are selected, they are expected to be a mere accessory. But I had worked for many years as a volunteer and social worker. I had a grasp on the real issues that my community was facing.

In the beginning, none of the decision-makers involved in the election process liked the fact that a young woman was going to file as a candidate. They resisted me at every turn and said I couldn’t win because of my age and gender.

I campaigned door-to-door. I visited every home, introduced myself and explained why I would be a good candidate. Everyone was surprised when the results came out—I received more votes compared to many male candidates!

I made history by becoming the youngest City Council member in Jordan.

There are Syrian refugees in my town. I am finding ways to involve them in community interactions so that we build their engagement and also the community’s tolerance and acceptance.

For me, educating women on their basic legal rights is the need of the hour. Many have no information on how to protect themselves or exercise their rights. The entire future of a woman can change if that changes.”

Abla Al Hajaia, 28, from the south-west town of Tafila, is the youngest City Council member in Jordan. At present, she is working to establish a national youth alliance in the country. She was among 104 women who received leadership trainings in 2016, as part of UN Women’s regional Spring Forward programme. In 2016, 20 female Member of Parliaments were elected in Jordan—the highest number of female MPs in the history of Jordan—out of which, seven had participated in capacity building initiatives by UN Women and the Jordanian National Commission for Women. Ms. Al Hajaja’s work exemplifies Sustainable Development Goal 5 on gender equality and its target on ensuring women’s full and effective participation and equal opportunities for leadership at all levels of decision making.

Read more stories in the “From where I stand...” editorial series.