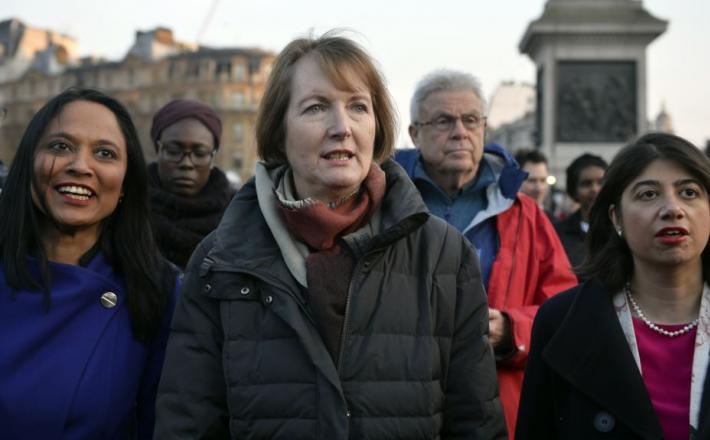 LONDON — Female parliamentarians have called for a global network to combat issues including online abuse from the public, threats to their safety and discrimination by male colleagues.

A gathering of female members of parliament (MPs) from dozens of countries across the world highlighted shared challenges over gender equality in politics and urged a joint response, said a report on the conference published on Monday by British politician Harriet Harman.

"Women in parliament are pioneers," said Harman, a member of the opposition Labour party who is the longest-serving female MP in the British lower house of parliament, in a statement. "We have been elected to sit alongside men in our legislatures. But we are, as yet, not on equal terms."

Women make up less than a quarter of parliamentarians worldwide, according to data from the Inter-Parliamentary Union (IPU), an independent organization promoting democracy.

The past year has seen women question why they remain under-represented in public life and senior business positions in a global debate over gender roles after the #MeToo movement spurred a wider debate over their position in society.

Click here to read the full article published by VOA News on 3 December 2018.