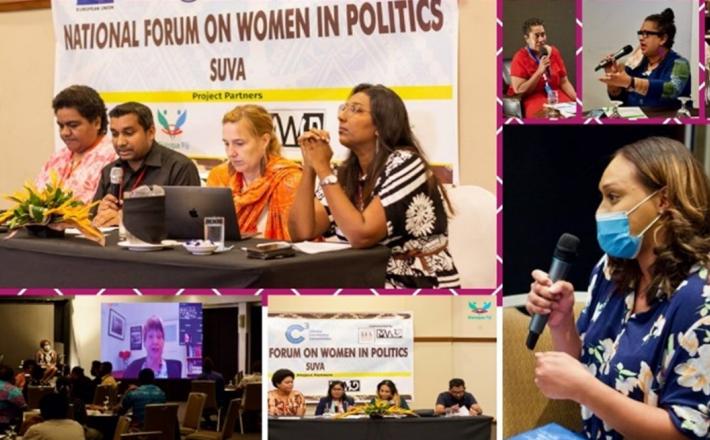 The 2022 Fiji general election, for 55 seats in the Parliament, will take place on 14 December 2022. So far 316 provisional candidates have been named from 8 of the 9 political parties of which 55 are women—17 per cent of the total number. The figure is likely to increase with more provisional names expected to be announced soon. A political party may nominate up to 55 candidates by midday of 14 November 2022.

In the 2018 Fiji general election, for 51 seats in the Parliament, which took place on 14 November, 235 candidates from 6 political parties stood for the elections. Of the total, 56 of the candidates were women—24 per cent of the total number. This was an increase in the number of women standing compared to the 2014 general elections. The 2018 election brought a record number of women into parliament, where women held 10 of the 51 seats (20 per cent). Therefore, there was approximately 4 per cent attrition rate when compared to the number of candidates that ran.

Click here to read the full article published by International IDEA on 15 November 2022.