As women's roles expand in Bolivian politics, so do attacks

As women's roles expand in Bolivian politics, so do attacks 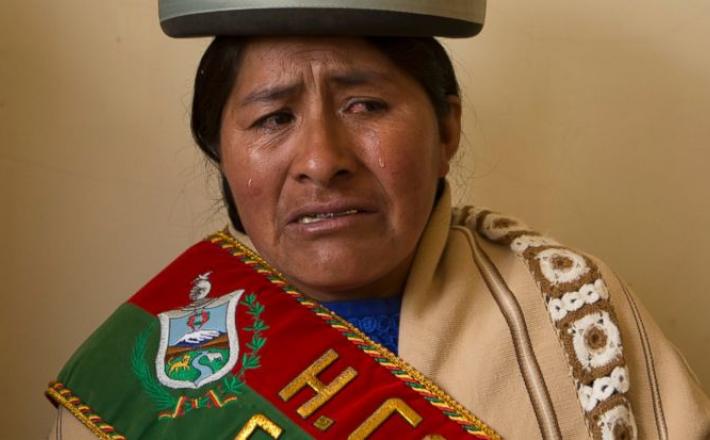 Few countries in the world have advanced so quickly toward gender parity in politics as has Bolivia, where women now hold almost half the seats in congress and laws mandate gender equality at lower levels too.

But some male Bolivian politicians have resisted the change, and women's rights activists report a sharp increase in violence against female politicians as their numbers rise.

Mary de la Cruz, a city councilwoman in a town on the outskirts of La Paz, said the town's mayor accosted her as she walked with colleagues through a plaza in Achocalla and punched her in the face, knocking her to the ground. She said he was apparently angry she had complained of irregularities in public works contracts.

De la Cruz filed a complaint, but so far authorities have taken no action against Mayor Damaso Ninaja, who has denied punching the councilwoman, saying she merely fell.

"It hasn't been easy for me to get where I am," said de la Cruz, who complained the mayor also had been spreading false rumors about her sex life. "And the man thinks that we are inferior creatures, that a punch isn't anything, that's its normal."

Click here to read the full article published by ABC News on 25 August 2018.