10 men, 10 women: Belgium’s new government is more female than ever

10 men, 10 women: Belgium’s new government is more female than ever 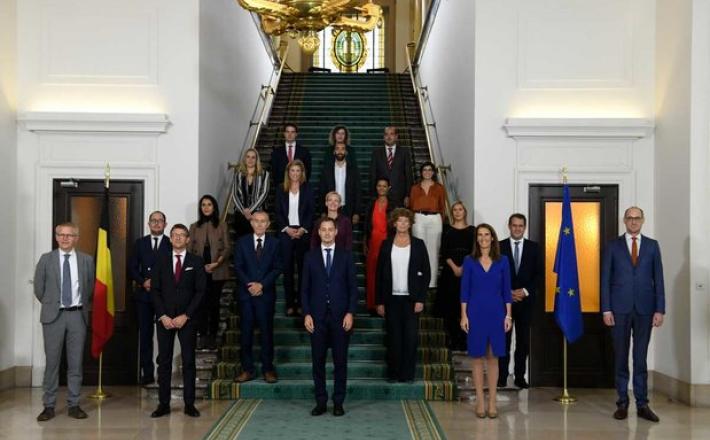 On Thursday morning, King Philippe swore in a 20-member gender-equal federal cabinet made up of 14 ministers and five secretaries of state (10 Francophone, 9 Dutch-speaking), plus new premier Alexander De Croo, a native Dutch speaker.

The portfolios have been split up between the seven parties in the so-called Vivaldi coalition: the Flemish and Francophone liberals (Open VLD and MR), socialists (sp.a and PS) and greens (groen and Ecolo) and the Flemish Christian democrats (CD&V).

The 50/50 balance between men and women makes this the first time that so many positions in Belgium’s federal government have gone to women.

Additionally, with Petra De Sutter as Minister of Public Enterprises and Public Administration and Deputy PM for the Flemish greens, this is the first time the government also includes a transgender person.

It was De Croo’s ambition to have a gender balance in the Vivaldi team, according to Het Nieuwsblad. In recent years, he has fought for gender equality both in Belgiumand abroad.

Click here to read the full article published by Brussels Times on 1 October 2020.