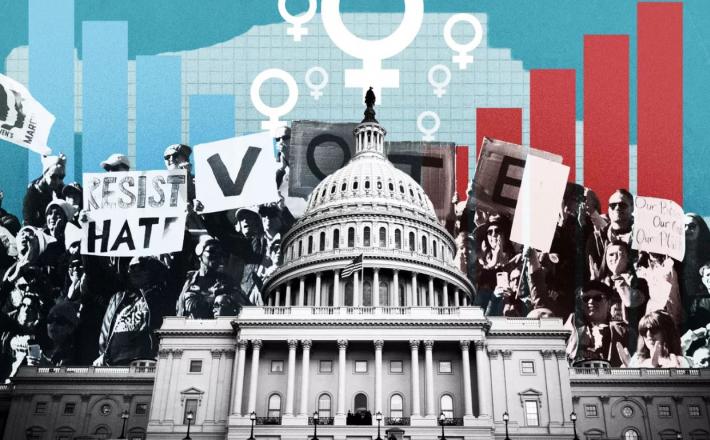 Even before the votes are in, the numbers prove it: 2018 is the Year of the Woman.

If Democrats retake the House, the Senate, or both, it’ll be because women launched the most effective, sustained resistance in generations, thousands more women looked into running for office than ever before — and then many of them did it and did it so well, they outperformed their male peers nationwide.

There’s a feeling in the air that women are becoming more politically active in America. But it’s more than that. It’s in the hard data. Here are 12 charts and graphs that explain the seismic change in women’s participation in politics that changed 2018 and could have an impact for years to come.

Of the women who are running for public office, many are angling for a congressional seat. A record 529 women have filed to run for the House or Senate this cycle, compared to 312 women in 2016. (In both years, about 470 congressional seats were up for grabs.)

As of June, these candidates comprise 23 percent of all congressional challengers this time around, up from 16 percent last cycle. Click here to read the full article published by VOX on 6 November 2018.