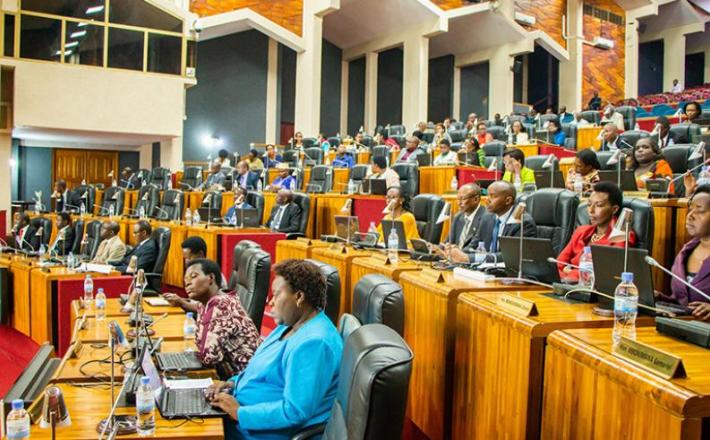 One of the hallmarks of post-Genocide Rwanda is inclusive politics. The year 2018 brought about more gains as far as political plurality is concerned, at least in the Chamber of Deputies where two new opposition parties won seats.

And this is significant in the country’s politics, according to the leader of the Democratic Green Party of Rwanda, Frank Habineza, whose party won legislative seats in last year’s elections following several failed attempts at the ballot.

“Rwanda achieved a lot in 2018 and there is more reason to look forward to even better things ahead,” he told The New Times. He’s one of the two Green Party MPs.

His party won two seats in the September 2018 parliamentary elections after running a relatively successful campaign compared to his previous attempts to become President of the Republic.

With all political parties securing seats in the Lower House, relatively young people having joined parliament and women continuing to dominate the Chamber of Deputies, experts say that the legislature is more inclusive than it has ever been.

Habineza, currently the deputy chairperson of the parliamentary Standing Committee on Social Affairs in the Lower House, believes so.

“We think it’s possible for opposition parties to influence policy and laws. We will achieve that by working with other parliamentarians; we do give our different views with respect to other people’s views and they are accepted,” he said.

Newcomers in the House, Democratic Green Party of Rwanda and PS-Imberakuri, for the first time since the country held its first democratic general elections in 2003, secured two seats each after each garnering the minimum threshold of 5 per cent of the votes.

The continued high female representation in the House is a source of pride for Eugenia Kayitesi, the Executive Director of the Kigali-based Institute of Policy Analysis and Research (IPAR-Rwanda).

“Having more women lawmakers is a win not only for women and girls but for the entire Rwandan society as we embrace diversity in leadership and seek to unleash the collective efforts of all Rwandans at the decision-making level,” she said in an interview last week.

More young people have also joined the House, with the youngest aged 23. This means that for the first time the country has a Member of Parliament who was born after the Genocide against the Tutsi.

Click here to read the full article published by The New Times on 2 January 2019.