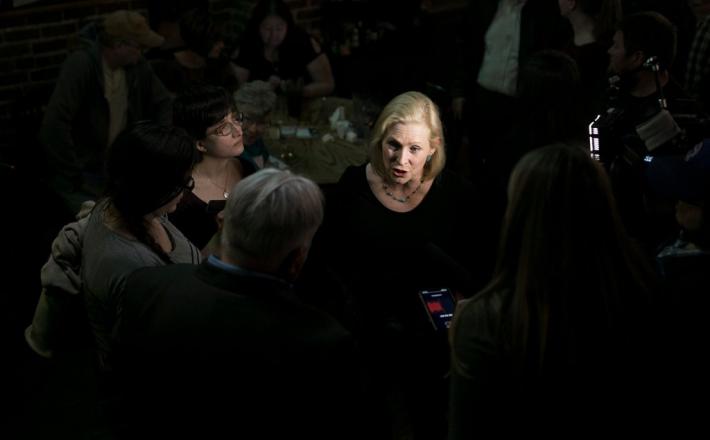 For Senator Elizabeth Warren, the moment brought up memories of “back alley butchers” and “desperate women.” Senator Kamala Harris compared it to “a scene from ‘The Handmaid’s Tale.’” And Senator Kirsten Gillibrand warned about a “war on women,” calling for Americans to “fight like hell.”

Female presidential candidates have charged into the battle over the new Alabama law that would, barring legal challenges, effectively outlaw abortions in the state, condemning it just minutes after the State Senate’s passage and continuing to sound the alarm as Gov. Kay Ivey signed it on Wednesday. Their swift responses were in contrast to those of two leading Democrats in the 2020 race, former Vice President Joseph R. Biden Jr. and Mayor Pete Buttigieg of South Bend, Ind., who waited overnight to weigh in with their disapproval.

“When I was growing up, people got abortions,” Ms. Warren of Massachusetts wrote on Twitter. “Some were lucky, but others weren’t. They all went through hell. Access to safe, legal abortion is a constitutional RIGHT. Full stop.”

Click here to read the full article published by The New York Times on 15 May 2019.