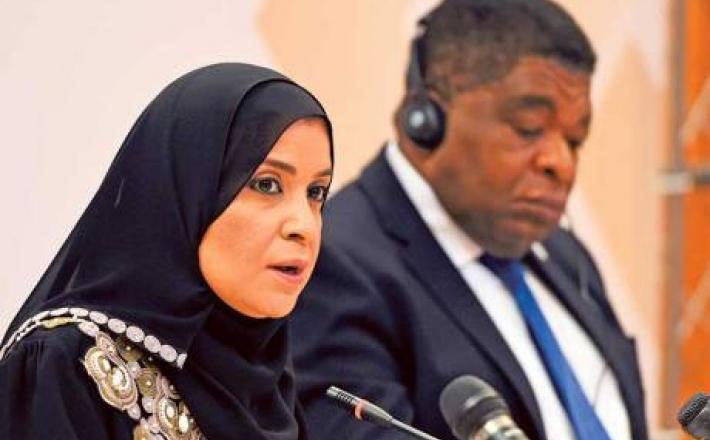 The UAE will host the Global Summit of Women Speakers of Parliament set to be held on December 12 and 13, said Dr Amal Al Qubaisi, Speaker of the Federal National Council.

“The world’s largest gathering of women Speakers of Parliament, co-hosted by the FNC and the Inter-Parliamentary Union (IPU), will be held under the overall theme of ‘United for Shaping the Future’ and will focus on the role that women Speakers can play in uniting parliamentarians around national and political interests to deliver sustainable prosperity and security in a rapidly changing world for present and future generations,” Dr Al Qubaisi added.

Dr Al Qubaisi added that the summit grouping 50 women speakers of parliament from around the world and held under the auspices of Her Highness Shaikha Fatima Bint Mubarak, Chairwoman of the General Women’s Union, Supreme Chairwoman of the Family Development Foundation and President of the Supreme Council for Motherhood and Childhood, will address key questions on the evolving role of parliament, including how parliaments can work with the other branches of government, with the private sector and the wider community. The summit aims at providing women in the highest decision-making positions of parliament a regular forum and opportunity to exchange ideas and experiences which are of interest to their national and international agendas.

Dr Al Qubaisi said the Global Summit of Women Speakers of Parliament is a platform to discuss the megatrends that are transforming our economies and societies, debate the grand challenges as well as opportunities they pose and determine the best course of action.

Speaking about the IPU’s agenda for the summit, IPU president Saber Chowdhury said: “We are delighted that the women speakers will meet this year in the UAE at the invitation of Speaker Al Qubaisi, the first woman to preside over the FNC and the first woman Speaker of a national parliament in the Arab world.

“From a summit taking place in the UAE — the hub of creativity — I particularly look forward to their guidance on how to safeguard peace and security and promote tolerance,” Chowdhury said.

The summit will close with the Abu Dhabi Declaration, which will call upon parliaments worldwide to work together to tackle current and future challenges.

The UAE is a leader in gender equality in the region, providing women with equal access to education, health care, decent work, and representation in political and economic decision-making processes.

While the literacy rate of both women and men in the UAE is close to 95 per cent today, more women than men complete secondary education and enrol in university and postgraduate institutions.

Some 95 per cent of girls and 80 per cent of boys who complete their secondary education enrol in a higher education institution in the UAE or travel abroad to study.

Eight women serve in the UAE Cabinet — including Shaikha Lubna Al Qasimi, Minister of State for Tolerance, who was recognised by Forbesmagazine as one of the 100 most powerful women in the world.

Eight women also hold seats within the Federal National Council (FNC), a consultative parliamentary body, accounting for 20 per cent of the House’s membership.

In November last year, Dr Al Qubaisi became Speaker of the FNC, making her the first woman in the region to lead a national assembly. She previously had made history in 2006 as the first elected woman to the FNC and in 2011 was appointed deputy speaker of the FNC.

Women fill two-thirds of all public-sector posts, with 30 per cent in senior and decision-making positions.

Women make up 20 per cent of the diplomatic corps, and there are also several women ambassadors, including one to the United Nations, Spain, Portugal and Montenegro, and a woman Consul General in Milan.

In September, 2013, Lana Nusseibeh became the first woman permanent representative to the UN. Ambassador Nusseibeh was also the fifth woman in the country to serve as an ambassador.