'Abuse is virtually constant': UK female MPs speak about the threats they face

'Abuse is virtually constant': UK female MPs speak about the threats they face 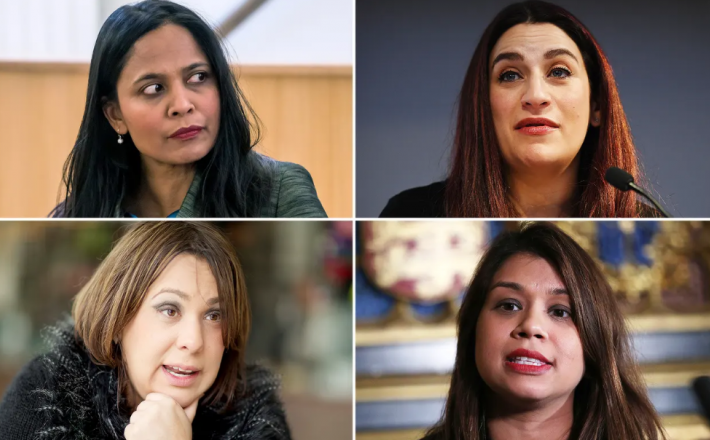 Boris Johnson on Wednesday night sparked a tide of criticism by dismissing suggestions that his rhetoric was dangerous in the current climate and claiming the best way to honour the memory of murdered MP Jo Cox was to “get Brexit done”. The Guardian spoke to female MPs about the intimidation they face, including Paula Sherriff – whose speech about Cox and the threats she receives was dismissed as “humbug” by the prime minister in the House of Commons.

“I have had so many, too many, threats to detail. Threats on my life. Rape threats. Since I confronted the prime minister on language, we have already had to report two or three to the police. You just can’t take any chances.

“The abuse is virtually constant, certainly on social media. It does peak and trough according to what’s going on in parliament. It started with the referendum. Brexit really seems to have empowered some people who feel this sort of language, and these sorts of threats, have become legitimised.

“It can be tough. Let’s be absolutely clear, we are very resilient. I reject those saying we are snowflakes and weak. Quite the opposite. We are very, very tough. To be a female MP, certainly in a marginal seat, isn’t easy. The vast majority of us accept robust debate comes as part of our role, as well as constructive criticism. Unfortunately, so many cross the line with threats of violence, and sexual violence, and some are really offensive. I have had so many just this afternoon. One said ‘you fat twat’.

“It can be wearing. You try to balance it against the good work you are doing and the supportive messages. You try to remember these people are quite sad really, keyboard warriors who take to the computer and start sending these toxic rants.

Click here to read the full article published by The Guardian on 26 September 2019.