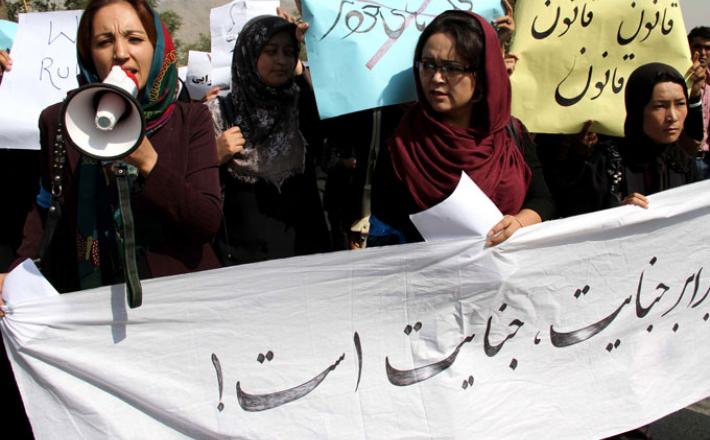 A new report released by the UN says Afghan women are still victims of abuse despite some success by authorities in prosecuting cases of rape, forced marriages and domestic violence.

The UN collected information from 22 of Afghanistan's 34 provinces over a 12-month period ending in September to find out how existing laws protecting women were being implemented.

The report, released on Tuesday, said that although prosecutors and courts are increasingly applying the law, there is still a long way ahead before it can adequately protect Afghan women and girls from violence.

The publication, "A long way to go: Implementation of the Elimination of Violence Against Women law in Afghanistan", comes a day after Najia Siddiqi, acting director of women's affairs for Laghman province, was killed in the provincial capital.