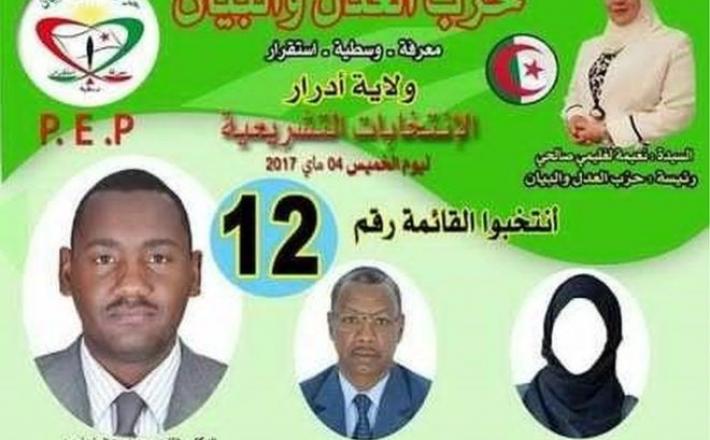 On Tuesday the election authorities gave parties two days to display photos or be removed from the vote.

An official said the practice was illegal. "This kind of encroachment is dangerous; it is not legal and it opposes all laws and traditions," said Hassan Noui of the Independent High Authority for Election Monitoring (HIISE). "It is every citizen's right to know whom he will vote for."

He said at least five parties including the Socialist Forces Front (FFS) had not been showing female candidates' faces on posters.

Click here to read the full article published by BBC News on 18 April 2017.