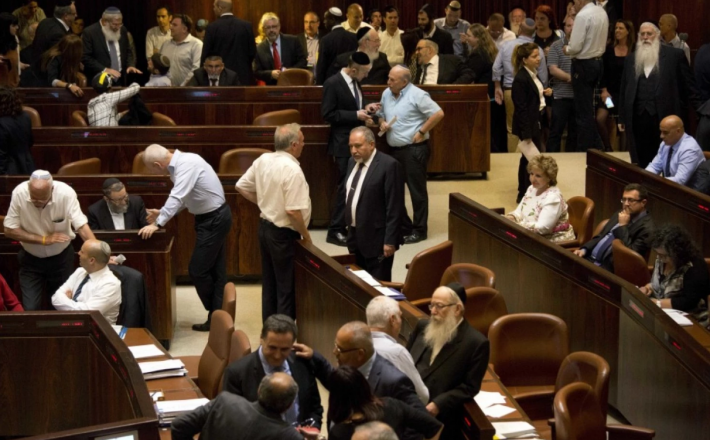 Out of 32 female members of Israel's parliament, called the Knesset, 28 say they have been sexually harassed or assaulted, and at least two say those experiences occurred in the Knesset itself, according to a new survey by an Israeli television channel.

The survey comes two weeks after 17 French members of parliament signed a column denouncing widespread sexual harassment and impunity in their workplace. In December, the Israeli interior minister and vice premier, Silvan Shalom, resigned after almost a dozen women, including one of his former employees, came forward with allegations of sexual harassment or assault.

The survey gave the lawmakers a chance to speak publicly about the perils of being a woman in Israeli politics.

“Even today, the fact that I’m a single woman in the Knesset puts me in unpleasant situations,” said Merav Ben Ari, a Knesset member from the centrist Kulanu political party. “Sometimes people make comments. … I don’t want to elaborate, but there was a situation recently in the Knesset, and I took care of it.”

Other Knesset members spoke of harassment at different times in their careers or in their childhoods. Rachel Azaria, also of Kulanu, recounted experiences of her time as a Jerusalem City Council member.

“There was an incident that repeated itself in the planning and building committee, of which I was a member,” Azaria said. “Another city councilor would make remarks of a sexual nature regarding things that I said, and the whole room would burst out laughing. I consulted with the legal adviser and other officials, and they all said there was nothing to be done. It interfered with my ability to function, and I was very distressed.”

In 2007, then-Israeli President Moshe Katsav was charged with raping two women when he was a cabinet minister in the late 1990s, as well as sexual assault against two of his female staffers as president. The Israeli military, too, is plagued by allegations of sexual harassment. It has launched about 250 related investigations over the past two years.

In the letter written by the French members of parliament, they said that it was particularly appalling that lawmakers would consider themselves irreproachable. “We are writing to say that, this time, it’s gone too far,” the column said. “The code of silence is no longer possible. … In the majority of cases, women who denounce acts of sexual harassment lose their jobs. They are thus doubly victims.”