This American city has a long history of racism. Now, all top mayoral candidates are women of color

This American city has a long history of racism. Now, all top mayoral candidates are women of color 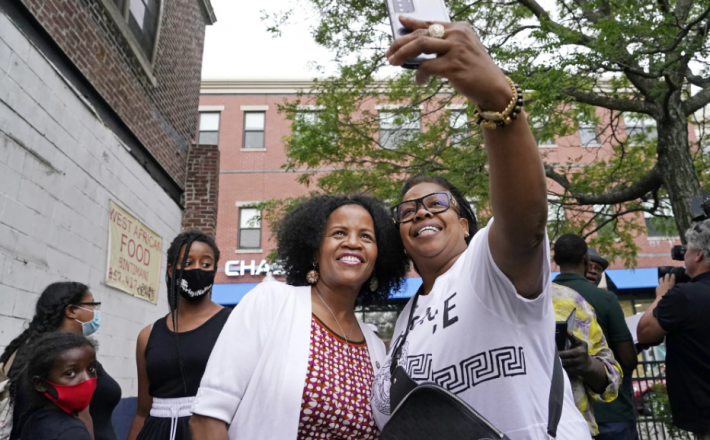 BOSTON — The voters of Boston, a city with a notorious history of racism, face a once-unimaginable political tableau in the mayor’s race this year. For the first time, the four top candidates are all women of color.

Boston is an unlikely pioneer in a change that is inching into electoral politics across the nation: A growing number of women of color are running for the highest offices. Enough are running that they are increasingly vying against each other in Virginia, North Carolina and New York.

In Boston, Kim Janey this year became the first Black person and first woman to helm the city when she was appointed acting mayor to succeed Marty Walsh, who is white and is now President Biden’s Labor Secretary.

Now Janey, seeking a full term as Walsh’s successor, is competing with three other women, all Boston city councilors: Andrea Campbell, who is Black; Michelle Wu, who is Asian American; and Annissa Essaibi George, whose father is Tunisian and mother is Polish, and who identifies as a woman of color.

Click here to read the full article published by LA Times on 29 June 2021.