Australian Minister for women to leave politics at election

Australian Minister for women to leave politics at election 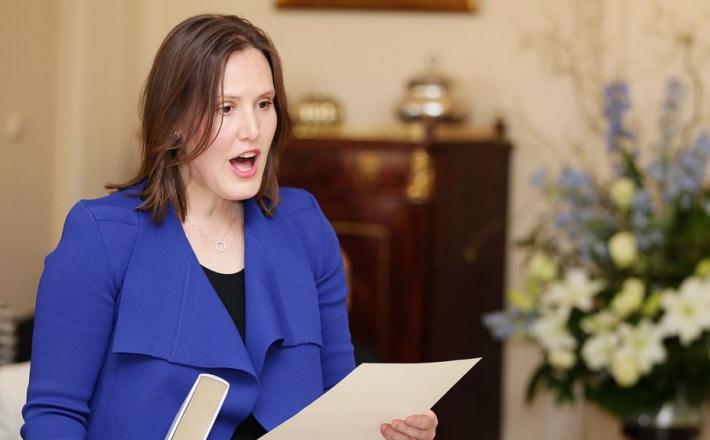 Australia’s Minister for Women Kelly O’Dwyer said Saturday she will quit politics for personal reasons at this year’s election, adding to the list of female politicians to leave the ruling party, some citing disunity, bullying and intimidation.

Women in Australia make half of the population, but they make up less than a quarter of federal politicians in the Liberal party, the senior partner in the governing coalition.

O’Dwyer, who is also minister for jobs and industrial relations, said her reasons for not seeking re-election to her seat at the next national election, which is due in May, were personal.

“I no longer want to consistently miss out on seeing my children when I wake up in the morning and when I go to bed at night,” O’Dwyer, flanked by Prime Minister Scott Morrison, told reporters. Morrison said he supported O’Dwyer’s decision.

In November, backbench MP Julia Banks said she was quitting the Liberal party immediately to sit as an independent over disunity, its treatment of women and its policies on energy and climate change.

She referred to last year’s toppling of former Prime Minister Malcolm Turnbull, which angered voters, as “the dark days of August” and said the party was riven by personal ambition.

Ann Sudmalis said in September she would not contest the next election, citing a culture of “bullying, intimidation” in the Liberal party in her electorate of New South Wales state.