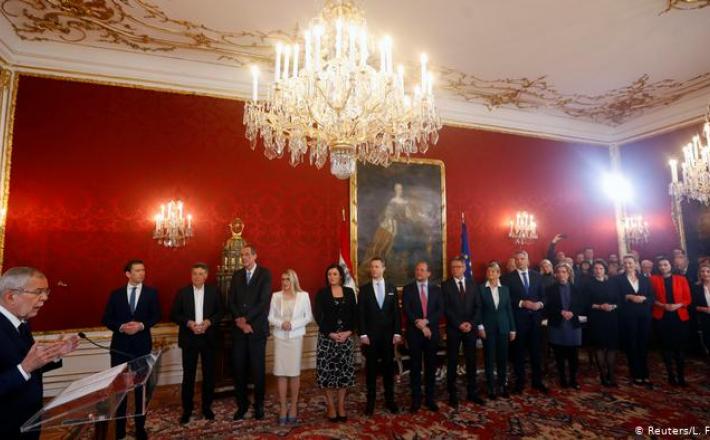 Austria swore in its new conservative-Green coalition Cabinet on Tuesday. For the first time, women ministers will outnumber men.

Nine of the 17 members of the new Cabinet are women, although both the roles of chancellor and vice-chancellor are held by men.

President Alexander van der Bellen, former Green party spokesman, swore in the Cabinet exactly 100 days after the election which failed to give any party a clear majority and led to three months of tense negotiations.

The new government is also the first in which the immigration-skeptic, conservative Austrian People's Party (ÖVP) and the center-left, environmentally-focused Greens will work together, and the first time ever that the Greens will enter government.

Click here to read the full article published by Deutsche Welle on 7 January 2019.