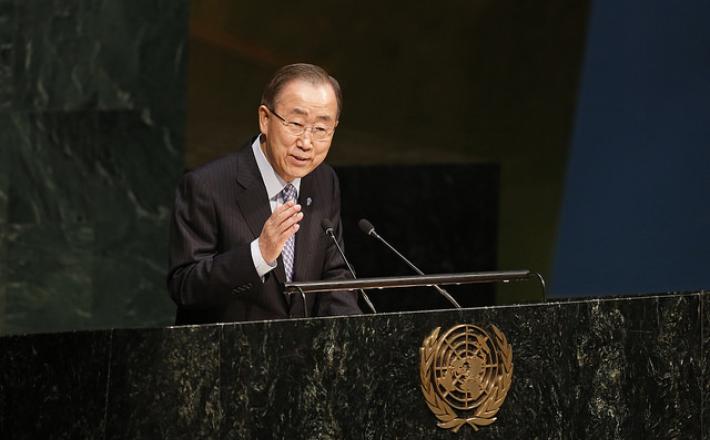 “I take this opportunity as Secretary-General of the United Nations to make a personal appeal: I urge action by all those leaders of countries where not even a single woman is in the parliament or cabinet to end this injustice. There are still countries in the world where not a single woman is represented in the parliament and countries without any women in the cabinet” said the United Nations Secretary General Ban Ki-moon in his opening remarks at the 60th Session of the Commission on the Status of Women (CSW) on March 14, 2016.

“I am not going to disclose the names of the countries today but I am urging them: [you] know who you are. I will be checking every day until the last day of my mandate as Secretary-General. I will keep pushing until the world has no parliaments and no cabinets without any women” he added.

There are five countries across the world whose women are totally absent from parliament. These are Qatar, Tonga, Vanuatu, Haiti and the Federated States of Micronesia, reports Julie Ballington, Political Participation Advisor at UN Women. There are currently seven countries without any women in cabinet and these include Brunei, Hungary, Pakistan, Saudi Arabia and Slovakia, according to Ballington. Read more here.