Barack Obama: "This Is What a Feminist Looks Like"

Barack Obama: "This Is What a Feminist Looks Like" 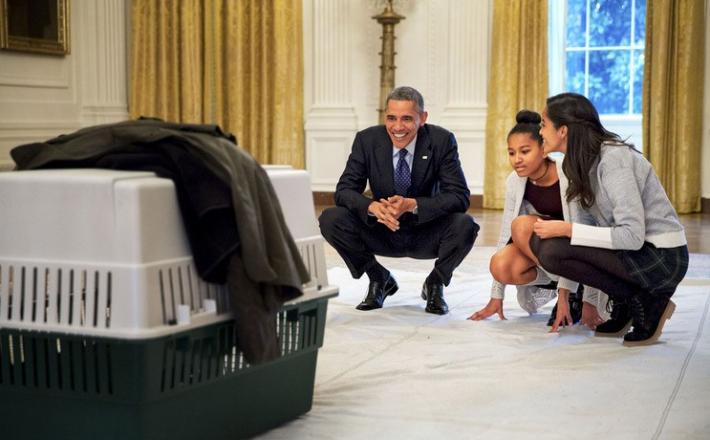 President Barack Obama published an article on Glamour magazine, where he explains his views on feminism and women’s empowerment.

There are a lot of tough aspects to being President. But there are some perks too. Meeting extraordinary people across the country. Holding an office where you get to make a difference in the life of our nation. Air Force One.

But perhaps the greatest unexpected gift of this job has been living above the store. For many years my life was consumed by long commutes­—from my home in Chicago to Springfield, Illinois, as a state senator, and then to Washington, D.C., as a United States senator. It’s often meant I had to work even harder to be the kind of husband and father I want to be.

But for the past seven and a half years, that commute has been reduced to 45 seconds—the time it takes to walk from my living room to the Oval Office. As a result, I’ve been able to spend a lot more time watching my daughters grow up into smart, funny, kind, wonderful young women.

That isn’t always easy, either—watching them prepare to leave the nest. But one thing that makes me optimistic for them is that this is an extraordinary time to be a woman. The progress we’ve made in the past 100 years, 50 years, and, yes, even the past eight years has made life significantly better for my daughters than it was for my grandmothers. And I say that not just as President but also as a feminist.