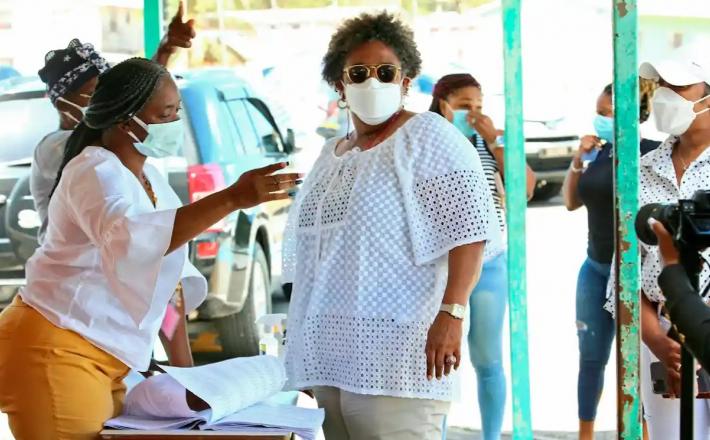 Mia Mottley, who shot to international fame during the Cop26 climate talks and oversaw Barbados’s break with the Queen last year, has won a second term as the Caribbean nation’s prime minister.

The 56-year-old’s Barbados Labour party (BLP) won all 30 seats, up from 29 in 2018, in an election marred by complaints that thousands of Covid-positive Bajans were denied a vote.

Click here to read the full article published by The Guardian on 20 January 2022.