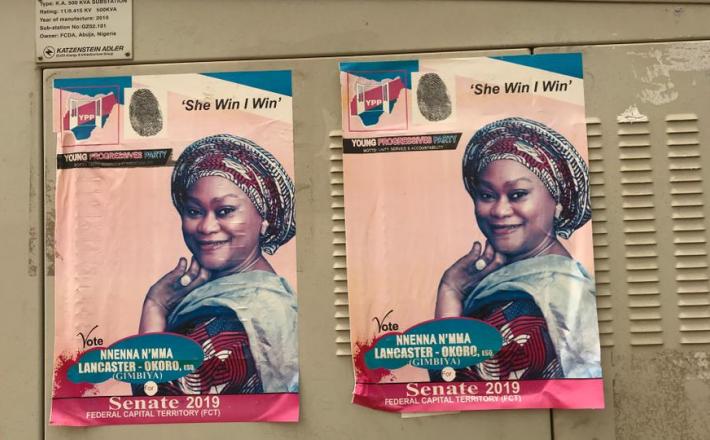 In the run-up to Nigeria’s general election, starting this Saturday, more and more organisations are trying to turn the tide and get more women into elective positions.

Lois Auta’s foray into Nigeria’s male-dominated political space was, for her, a necessity.

“For too long, women have been excluded, discriminated, marginalised, and underrepresented in our government policies and programmes and we are tired of this exclusion,” says Auta who is running to become a member of the House of Representatives, Nigeria’s lower house in the parliament.

Last December, during a phone-in radio programme in which two male opponents running for the same position and 38-year-old Auta were invited to discuss their plans, a male listener called in, and in a matter-of-fact manner, told her to “go and sit down at home; you don’t have anything to offer”, she recalls with a sigh.

That encounter is, in part, a reflection of common cultural stereotypes that challenge women’s role in politics. This, in addition to other barriers like lack of finance, religious beliefs, violence and weak internal party democracy, have held women back for several decades, and the corollary is that men have continued to dominate the political arena as presidents, lawmakers and governors.

Click here to read the full article published by TRT World on 14 February 2019.