'Be yourself': Ex-British PM Theresa May advises women in politics

'Be yourself': Ex-British PM Theresa May advises women in politics 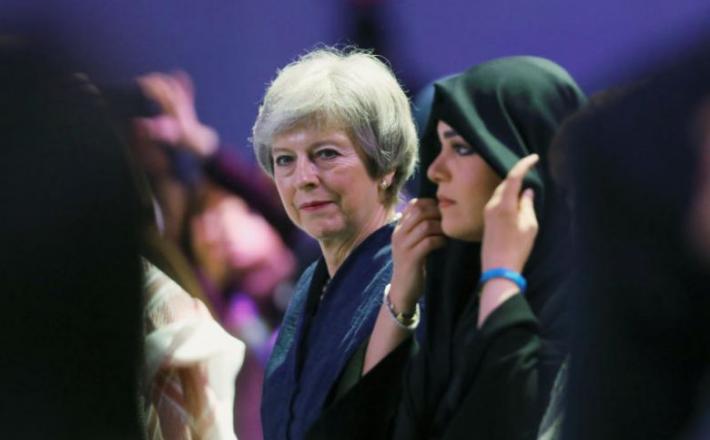 Be yourself" is the advice former British prime minister Theresa May gave to the Global Women's Forum in Dubai on Monday (Feb 17), explaining how she had risen to the top job despite refusing to conform to masculine traditions in politics.

"I did my politics a different way from the men," she told the mostly female audience of her entrance to parliament in 1997.

"There was still a huge emphasis on men drinking together, getting together into groups and some of the women felt they had to join that and I didn't," she said.

May served as Britain's second female prime minister, after the late Margaret Thatcher, and home secretary as well as minister for women and equalities - a role that remains necessary in May's view.

She resigned as premier in July 2019 after three years in the post amid mounting pressure over her inability to carry out Brexit, a topic notably absent from her speech in the United Arab Emirates.

At the end of September, during her first major public appearance since leaving Downing Street, May announced she would not rush to write her memoirs.

That remains the case, said May, despite the encouragement of many people, including former foreign secretary William Hague.

Click here to read the full article published by Straits Times on 17 February 2020.