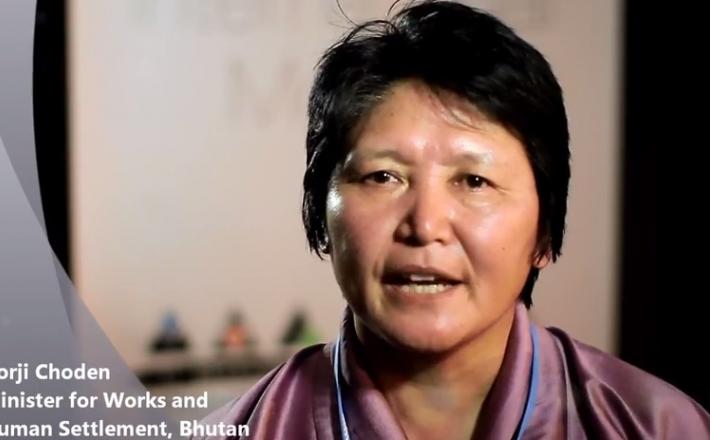 Being a civil servant in this country is a unique challenge. Moving from a 20-year civil service career to becoming a government minister – and becoming the first democratically elected female minister of the country in the process – could be seen as even more of a challenge, but it’s one that Dorji Choden has taken on with ease. For Choden, an engineer by training, being in the service of her country is something she is glad to take on – and it beats the year she spent doing a master’s degree in Syracuse, New York state, where she was desperately homesick.

“My background is in engineering,” explains Choden. “I started my work as an engineer in the same ministry where I am now, working on infrastructure development, water and sanitation.” Choden then became an anti-corruption commissioner as Bhutan readied itself for a move to parliamentary democracy. But what made her cross the divide and become a politician?